The luxurious life of the Nazarbayev family

Relatives of the former president – some of the richest people in the country – hold government posts, run major companies and banks, and own huge industrial enterprises. About the luxurious life of the Nazarbayev clan – in the material “MN”.

Even under Soviet rule, Nursultan Nazarbayev reached the highest posts – he was a member of the Politburo of the Central Committee of the CPSU and the first secretary of the Central Committee of the Communist Party of Kazakhstan. The independence donated by Yeltsin allowed him to become the absolute ruler of his country and free himself from the Kremlin’s supervision. “An outstanding party leader”, having put an end to the construction of communism, began to create a feudal regime with national specifics, surrounding himself with flattering and thieving vassals.

Nazarbayev was the last Soviet leader to hold on to power. He voluntarily changed his 30-year presidency to the post of chairman of the Security Council and retained the reins of government behind the back of his successor, Kasym-Zhomart Tokayev, receiving lifelong immunity from harassment.

During thirty years of being in power, the Nazarbayev family has acquired elite real estate around the world. They own luxury houses, castles, chalets, apartments and villas for hundreds of millions of dollars in six countries of the world: in the suburbs of London, in Spanish resorts, near Swiss lakes and even among the skyscrapers of Manhattan.

Last year, the daughter and grandson of the first president of Kazakhstan, Nursultan Nazarbayev, won a London court, they were returned property worth 80 million pounds (or 100 million dollars). Their luxury housing was arrested on suspicion of “unfounded wealth.” But Dariga Nazarbayeva, the eldest daughter of the ex-president, and her son Nurali Aliyev managed to defend their golden square meters. There was something to fight for – it was the legendary house on Baker Street in London, where none other than the famous detective Sherlock Holmes, the hero of the works of Arthur Conan Doyle, lived. In addition, they owned other buildings and land between 215 and 237 on Baker Street, worth about £ 140 million.

According to rumors, the ex-head of Kazakhstan did not ignore the UK: in 2007, for 50 million pounds, he bought one of the most expensive houses in the kingdom – Toprak’s Mansion in north London on Bishops Avenue, known as billionaires’ street.

Around the same time, Nazarbayev’s second son-in-law, Timur Kulibayev, acquired British real estate. The Daily Telegraph reported that in 2007 he purchased £ 59 million worth of housing in the United Kingdom, including four houses in the exclusive Mayfair district. And Kulibayev is also known for the sensational purchase in 2007 for 15 million pounds of a mansion from Prince Andrew, the second son of Queen Elizabeth II and Prince Philip. At the same time, the publication emphasized that this price was 25 percent higher than the market price. Since then, this ranch has been mostly empty because Kulibayev’s wife, Dinara, likes Switzerland more. In the vicinity of Geneva, for $ 63 million, she acquired a 17th-century mansion with a stone façade and two square towers, recognized as a cultural site of national importance. And in the city itself, her family bought a three-level villa with a picturesque view of Lake Geneva for $ 75 million.

But this is not the whole list of overseas real estate of the Nazarbayev family. Since 2007, they have owned a luxury estate on the Costa Brava in Spain. The new owners willfully blocked access to a section of the public road located next to their estate. It took the locals several years to get them to open the passage. According to rumors, Dinara Kulibayeva loves to hold parties here with guests on luxury yachts at sea.

And to improve their health, the Nazarbayevs go to the Czech resort of Karlovy Vary, beloved since Soviet times. Here, the close relatives of the ex-president of Kazakhstan have their own five-star hotels.

And, of course, there is real estate in the United States. It is known that Nursultan Abishevich’s brother Bolot bought apartments in Manhattan skyscrapers for millions of dollars, and his stepson bought luxury apartments in Florida. Moreover, all this property surfaced in a litigation during the divorce of Nazarbayev’s brother and his ex-wife Mayra Kurmangaliyeva. How much more luxurious housing the family hides, it is difficult to say: the clan made all real estate transactions through offshore accounts, carefully concealing them from public attention.

TIPS – FOR A MILLION DOLLARS

The most exotic appointment of Nazarbayev was an invitation to the post of adviser to the President of Kazakhstan, the former Prime Minister of England Tony Blair.

For “consulting services” to Nursultan Nazarbayev, Blair received a million dollars a month! Why he agreed to accept this offer is understandable. But why did the Kazakh president need the retired prime minister ?!

It is known that Tony Blair helped Nazarbayev fight off the accusations of human rights defenders when in 2011 the country’s security forces shot a demonstration of thousands of workers in the city of Zhanaozen, demanding higher wages. Then 16 people were killed and about 80 were wounded.

After a while, Blair regretted that he was an adviser to the president of Kazakhstan: “I am glad to say that we worked there … but, of course, it turned into a big stick to beat us ourselves … I think that we allowed money to become too big a question. “

Over the long years of Nazarbayev’s rule, there have been more than one scandal. Here is one of many: As the Pandora Papers investigation shows, Asel Kurmanbaeva, who is called the unofficial wife of the ex-president, received $ 30 million through secret offshore deals.

The payment was presented as the sale of Kurmanbaeva’s stake in the mysterious EMES company, which did not do any business. Two of Nazarbayev’s confidants participated in the money transfer – oligarchs from the Korean community, the late Vladimir Ni, who was called the president’s right hand, and Vladimir Kim, who made huge fortunes from the exploitation of Kazakhstan’s natural resources. 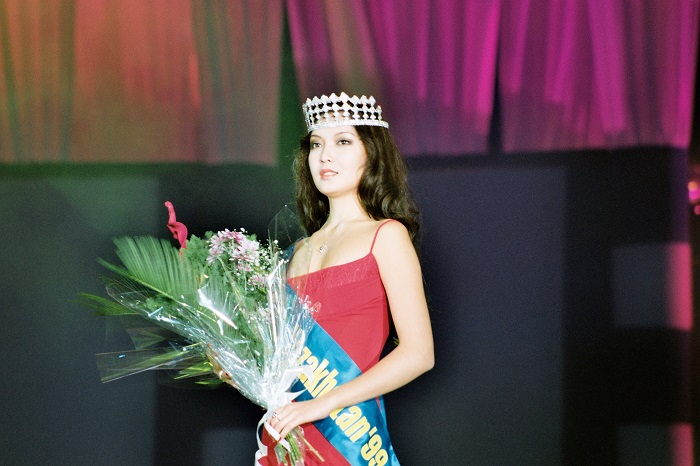 Today, 40-year-old Asel Kurmanbaeva (former winner of the beauty contest in Kazakhstan) is the art manager of the state theater “Astana Ballet”, founded in 2012 on the initiative of Nazarbayev.

And the London high society was blown up by an exotic Kazakh woman named Goga Ashkenazi. Rumor attributes to her an intimate relationship with Nazarbayev’s son-in-law Timur Kulibayev, who has been married to the middle daughter of the ex-president Dinara for over 30 years, and the couple have three children.

Goga divorced her husband, the American owner of luxury hotels, Stephen Ashkenazi, becoming Timur’s mistress. Today, a girl from a Kazakh province boasts an Oxford education, a mansion in London’s prestigious Holland Park, and an international business empire. By the way, she makes no secret of the fact that she had a long affair with Timur Kulibayev and that he is the father of her son Adam.

It is known that her main income still comes from Kazakhstan, where she founded companies related to the oil and gas sector, which is overseen by Kulibayev.

In the photo: N.A. Nazarbayev surrounded by family, 1992