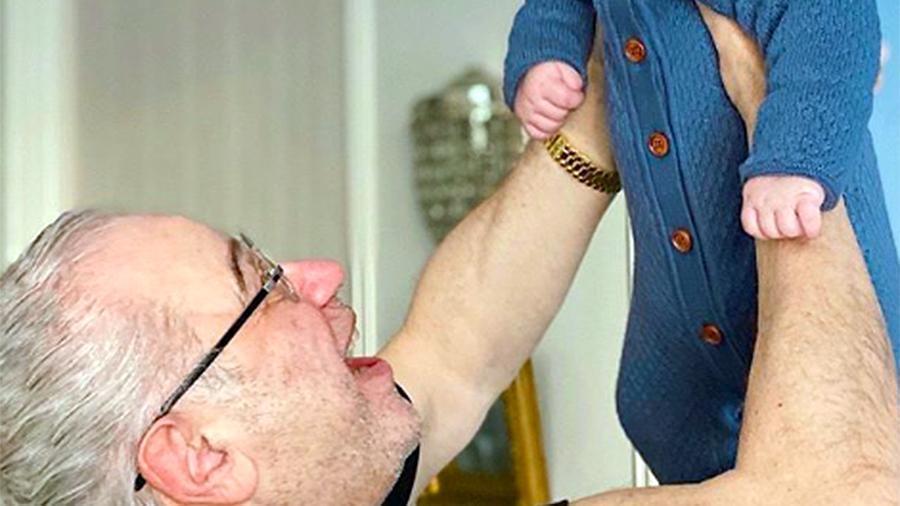 Lawyer Sergei Zhorin commented on the photo of humorist Yevgeny Petrosyan, posted on the showman's Instagram page, where he is holding his son in his arms. In a conversation with Channel Five, the lawyer called the artist's act correct.

Petrosyan showed the child to the public on September 16 and called his name amid numerous rumors so that people would be happy with him on his birthday, Zhorin believes.

“He receives a lot of positive comments and congratulations. This is a double joy for Evgeny Petrosyan's fans! A wonderful touching photo! Evgeny Vaganovich made public the name of his son - they decided to name him Vagan, Vagash. It's very touching and energizing! " - said the lawyer.

According to Zhorin, after the birth of the boy, Yevgeny Petrosyan has noticeably changed. It radiates energy and vitality. As the lawyer added, he is glad that everything is fine in the family of Petrosyan and Tatyana Brukhunova.

In July, Petrosyan wrote a statement to the prosecutor's office against the satirist Viktor Koklyushkin for insulting his wife Tatyana Brukhunova. At the end of June, the writer in one of his interviews did not approve of the artist's choice and expressed regret that he had parted with his ex-wife Elena Stepanenko.

In 2018, Petrosyan and Stepanenko divorced after 30 years of marriage. The artist filed for divorce. The couple shared the property of 1.5 billion rubles for a long time. Later, Petrosyan, according to media reports, married his 31-year-old assistant Tatyana Brukhunova, and in the spring they became parents.