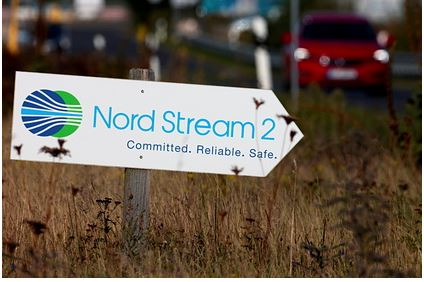 The final approval from Germany is the final step towards the launch of the Nord Stream 2 gas pipeline. This was announced by the Russian Ambassador to Great Britain Andrei Kelin in an interview with the BBC Russian Service.

The diplomat stressed that the gas pipeline is completely ready for use, only the decision of the German authorities is needed.

Kelin also named the reason why Russia will not be able to increase gas supplies to Europe without obtaining permission for Nord Stream 2. According to him, Russia has already increased gas supplies through Ukraine by 10 percent in excess of contractual obligations. “As we understand, we cannot do more, because the equipment of this pipeline has never been modernized and reconstructed, so it is simply dangerous to use it,” said Kelin.

Earlier on October 14, Deputy Prime Minister Alexander Novak said that Nord Stream 2 had already been completed. According to the politician, the pipeline is currently being filled with the required amount of gas. Novak noted that the gas pipeline will be ready for launch in the coming days, but the date of its actual start of work will be determined by the European regulator. The Nord Stream 2 certification process could take several months.