The lack of a mask led to unplanned exercise

This video caused a mixed reaction from the audience, and it shows us five residents of Mumbai (India) who had to undergo strange punishment. 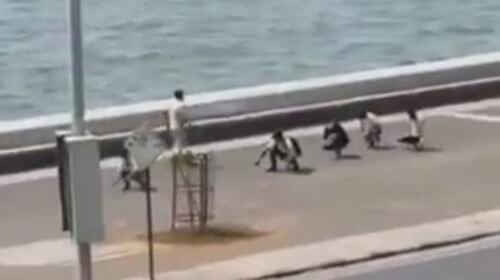 The men were detained by the police for lack of protective masks. A useful accessory would protect them not only from the danger of coronavirus infection, but also from unplanned exercise. The fact is that the authorities forced the strangers to squat down and walk down the street in such an uncomfortable position. The footage was posted on the Internet by a certain Anand Mahindra, who recalled that such punishments were practiced in the boarding school where he studied, and they are very physically exhausting. 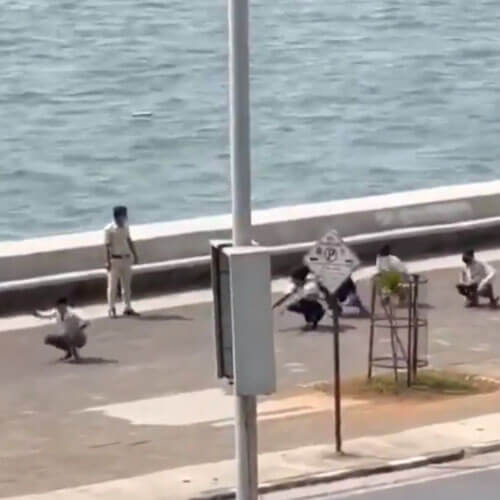 Now people do not know how to relate to the spectacle shown to them. Some considered the punishment reasonable, others complain about the humiliation of human dignity. Still others ask the question – would the police behave in the same way if they caught not ordinary citizens without a mask, but some important bump?

“Mumbai Police Force Disguise Violators on Marine Drive in Mumbai to Take the Murga Walk as Punishment.” Received on my “SignalWonderbox”. The usual punishment in the boarding school where I studied. Funny but physically exhausting. I will definitely not forget my mask !! pic.twitter.com/GnVY6NfasV