The Kremlin on unprecedented mass protests in 110 cities of the Russian Federation: "Few people came out, Many people vote for Putin" 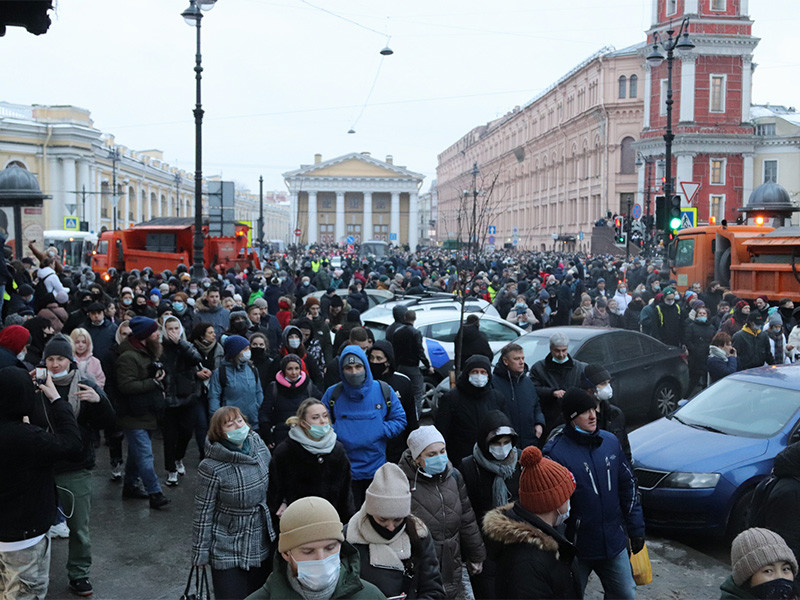 Commenting on Saturday’s unprecedented mass protest actions that took place on January 23 in 110 Russian cities, the press secretary of the Russian president Dmitry Peskov said that not many citizens took part in them, but they were those who were trying to rock the situation.

“This is beneficial to those who want to further develop the situation. In fact, it does not swing, because, do not forget, now many people will say that many people took part in illegal actions. No, few people came out, many people vote for Putin.” , – said Peskov in an interview with the program “Moscow. Kremlin. Putin” on the TV channel “Russia 1” (VGTRK).

He stressed that many people voted for the amendments to the Constitution. “If you compare the numbers, you will understand how few people are, although they are also citizens of Russia,” Interfax quotes Peskov. At the same time, the presidential press secretary stressed: “I respect all points of view, but I am categorically against participation in illegal actions, because there can be no other assessment, this is a violation of the law.”

What Peskov says about the fact that few people came out is a good sign. So, in the report daddy Putin put the figure of the Ministry of Internal Affairs about 4 thousand in Moscow. The gap from the president’s reality is growing. In these conditions, deception and failure to inform is akin to betrayal.

Is Peskov worried that little came out of the action and calls for more people to come out? If they leave, he may lose his position …

Yes, there are a lot of people, few people vote for Putin. And few people voted for the amendments to the Constitution. If you compare the numbers, you will understand how large-scale the falsifications in the “elections” are and how many people are against Putin