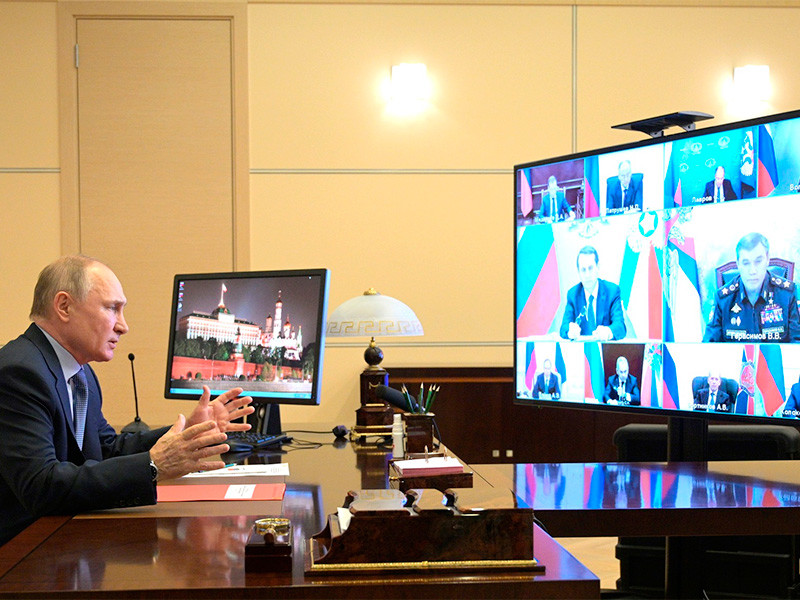 Most of the foreign media working in Russian can obtain the status of a foreign agent in Russia, which should limit their influence on the Russian audience.

The possibility of such a “blockade” of foreign media was discussed at a meeting of the Russian Security Council, Meduza reports, citing an anonymous source close to the government.

The meeting of the Council, about which the publication speaks about, took place on April 16, it was attended by Russian President Vladimir Putin, Deputy Chairman of the Russian Security Council Dmitry Medvedev, Secretary of the Security Council Nikolai Patrushev, Head of the Presidential Administration of the Russian Federation Anton Vaino, Ministers of Internal and Foreign Affairs, Defense, leaders FSB and Foreign Intelligence Service.

According to Meduza’s interlocutor *, the meeting discussed the “blockade” of foreign media in Russian. The list was not compiled, but first of all it meant publications with the participation of state funding, such as the BBC. Another source close to the Security Council confirmed that at the last meeting with members of the Security Council, foreign media were indeed discussed, but not in the context of the “blockade”, but in the context of information exchanges and that “it is necessary to distinguish the media from the tools of the special services.”

By the way, today it became known that the BBC World Service in 2021-2022 will receive an additional $ 11 million to expand the audience, as well as to fight disinformation, fake news, and to “support independent media, especially in the Russian near abroad,” reports TASS … “In a world where states and criminal groups distort news to exploit and oppress people, it is vital to provide independent and objective reporting around the world. The funding will allow the BBC to bring independent journalism to many more people around the world, countering those who distort truth and misleading the public “, – said the head of the IIB Great Britain Dominic Raab.

And on the eve, US Secretary of State Anthony Blinken, discussing with Russian Foreign Minister Sergei Lavrov the situation with Radio Liberty *, the TV channel “Present Time” * and other projects of Radio Free Europe / Radio Liberty *, called on the Russian authorities to stop pressure on the media corporation.

On March 26, another meeting of the Russian Security Council took place, at which the draft “Fundamentals of the State Policy of the Russian Federation in the Field of International Information Security” was considered. In his opening remarks, Russian President Vladimir Putin said that Russia stands for “the inviolability of digital sovereignty” and independently determines the parameters for regulating its own information space. As the president said, it is necessary to develop universal rules for “responsible behavior of states in the information space.”

As a reminder, in 2017, Russia adopted a law on media – foreign agents. Subsequently, the law was tightened several times. The existing operating rules for publications recognized by foreign agents create virtually impossible requirements for labeling content, forcing them to create a legal entity in Russia and report their finances to the Russian authorities.

In addition, the status of a foreign agent complicates the citation of materials from such publications, makes it difficult for them to communicate with government agencies, and makes it impossible to attract advertisers. Failure to comply with the restrictive conditions may result in blocking on the territory of Russia and the initiation of a criminal case against the leadership of the media.