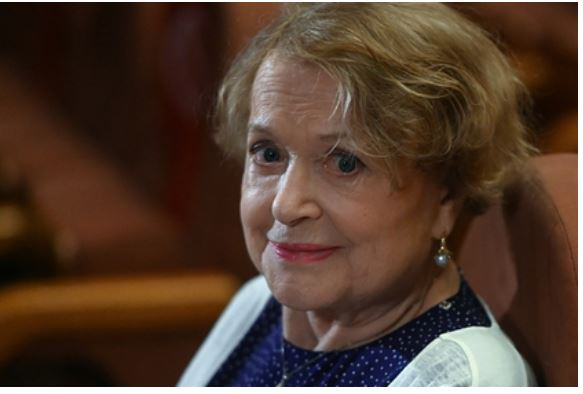 Soviet and Russian actress Valentina Talyzina, known for her role in the film “Irony of Fate, or Enjoy Your Bath!”, Revealed the details of the filming in an interview with the newspaper “Argumenty i Fakty”.

According to her, the apartments in which the heroes of the picture lived were rented in the area of ​​Vernadsky Avenue. On one of the houses there was a memorial plaque, which indicated that it was here that “Zhenya Lukashin from the comedy of Eldar Ryazanov lived”. “This board, by the way, was stolen twice. I don’t know if she has stayed there now or not, ”said the artist.

When asked whether the jellied fish was really tasteless, Talyzina replied that she stood for a long time on the props’ table and “waited in the wings”. “She was not tasty <...> The fact is that the props did not have a refrigerator on the set. <...> Probably, when Yuri Yakovlev tasted it, it was already a little rotten, so he improvised, saying: “What disgusting your aspic fish is!” – said the actress.

Earlier, the Polish actress Barbara Brylska, the star of the film “Irony of Fate, or Enjoy Your Bath!”, Commented on the news about the cancer found in her. “No. What kind of cancer? Oh my god, oh my What strange rumors, ”said the artist. Brylska, who is in quarantine in Warsaw due to the coronavirus pandemic, explained that her son is helping her, who goes shopping instead.