The inventor created a mobile aquarium to walk with his goldfish

When we talk about walking with pets, dogs are the first thing that comes to mind. 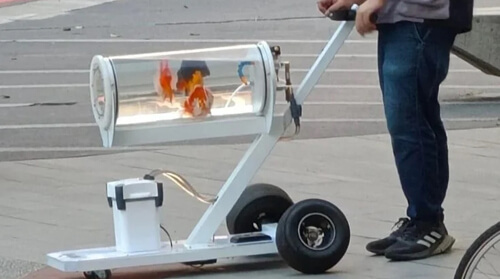 However, you can also take a cat, a tame rodent or a bird outside, but with aquarium fish everything is much more complicated, because they are not transportable. 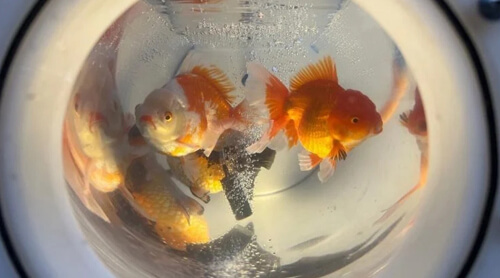 But everything changed thanks to a Taiwanese named Huang Xiaojie, also known as Jerry. Not so long ago, some social media users began to write about an eccentric who walks with fish, using some kind of stroller or mobile aquarium. Indeed, the inventive Jerry created such an interesting little thing, consisting of a metal frame on wheels, a sealed acrylic tube and a push handle. At the same time, the tube is a fully functioning aquarium, equipped with a battery-powered filtration system, an air pump and a lighting system. Jerry has taken three of his goldfish on long walks on numerous occasions and confirmed that the pets in the strange stroller felt great. 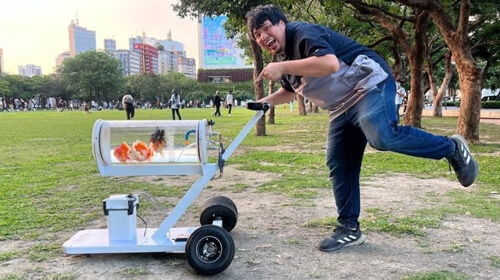 Now, many fish lovers can only dream of Jerry putting his invention on stream, and it could be purchased. As it turned out, many aquarists would like to go for walks with their pets.

The homeowner built a huge aquarium, which is home to 400 fish