The inhabitants of the forest went on the warpath

With the arrival of warm spring days, city dwellers are increasingly going out into the woods for walks. Meanwhile, it is in the spring that many dangers can await them in nature. People are attacked by snakes, harmless squirrels and beavers. 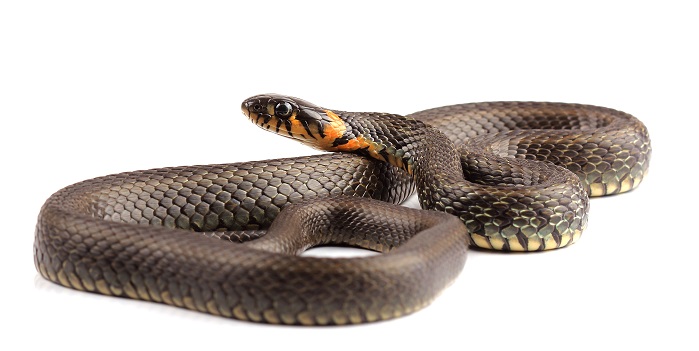 “All my life I have lived in the suburbs and never thought that we have so many snakes. I saw them a couple of times, but this spring they even crawl to summer cottages, ”Galina Podolskaya from Lukhovitsy writes in social networks. The most ordinary snake settled on her summer cottage – small, black, with yellow spots. He settled in a woodpile with firewood, and Galina is now simply afraid to approach this place. “They’re not dangerous, but still creepy,” she complains. Experts say that snakes are attracted to areas near rivers or bodies of water. If the site is poorly groomed, heaps of construction debris are lying on it, and the grass is already above the belt, then the risk of meeting a snake increases many times over.

“The worst thing is to encounter snakes in the spring. At this time, they begin a period of sexual activity, so they become especially aggressive. Worse, at this time, the snakes rarely crawl individually, more and more often gather in large groups. Therefore, if you saw a lone snake, then you need to understand that, most likely, others are hiding somewhere nearby, ”warns biologist Nikolai Kondrashov. He admits that when meeting a snake, it is better to just walk away. “They themselves are afraid of a person, so they attack only when defending,” explains Kondrashov.

In the middle zone of our country, vipers and snakes are most often found. It is easy to identify them: snakes are thin, with yellow spots on the sides. Their bites are harmless. Vipers are dense, can be gray with bluish and reddish tints. They have a black stripe on the back. When bitten, the first step is to rinse the wound with cold running water and disinfect it with chlorhexidine. Then you must definitely take an antihistamine and rush to the hospital. You should move as little as possible – muscle contractions accelerate the absorption of the poison. In no case should a tourniquet be applied, this can lead to necrosis or gangrene. It is also forbidden to cauterize the bite site, as well as to suck the poison out of the wound.

WHY BOBBER BECAME AN ENEMY OF HUMAN 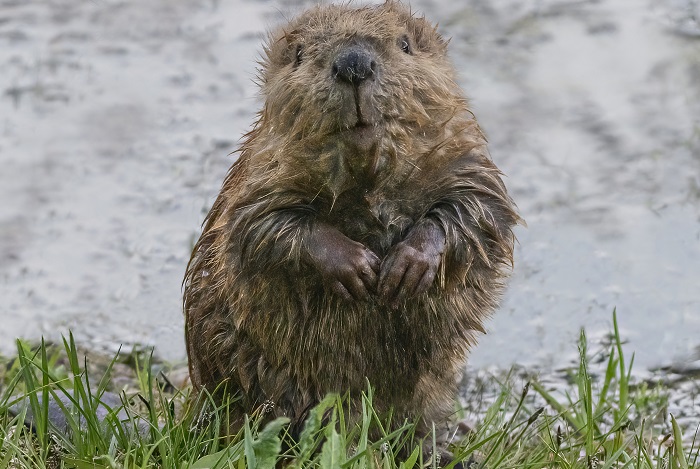 Beavers, it would seem, are the sweetest creatures, also took up arms against a person. It is in the spring that doctors record the growth of their attacks on those who like to walk in the forest thickets. Moreover, in recent years, small, but very warlike animals began to go out to people and arrange a real hunt for them.

In neighboring Belarus, in the village of Droveniki, a beaver made its way into the territory of a dairy farm and tried to attack the manager. A worker rushed to her aid, but the animal fought with him for life and death. The animal managed to bite the man, and then ran away. They caught the bully with the whole farm and in the end they caught him. The bitten worker was sent to the hospital, where he was successfully cured. What annoyed the beaver with the dairy farm and its manager, biologists could not explain.

A fatal case involving an animal is also known. It took place in the city of Brest, where three fishermen, who decided to rest on Lake Shestakovskoye, wanted to take a picture with a local beaver they had come across. The animal did not like the photo session, and he attacked one of the fishermen. Powerful teeth bit through the femoral artery, and the man died from blood loss.

In the Andreapol district of the Tver region, one of the summer residents managed to remove the beaver attack. The video captures an animal calmly walking along a sandy road. Suddenly, he changes trajectory and literally in a second rushes to the operator. The camera can be seen falling out of his hands, the man rushes away. “He knocked me down, I fell and barely dodged on all fours, even one shoe fell off my foot. Those who have seen the teeth of beavers will understand me, ”the victim writes.

Why did harmless animals start attacking humans? Experts believe that the number of beavers in forestry has increased significantly in recent years. This may be due to the lack of demand for their meat and fur. There is not enough food supply, so hungry and angry beavers come to people in order to get at least something to profit from.

The number of cases of wolf attacks on humans and farm animals that have been identified over three years is high. So, from 2018 to 2020, 712 cases of wolf attacks on Russians and almost 94 thousand cases on animals were detected in Russia. The reason why wolves often attack is considered to be a violation of the ecosystem. “For the most part, we are talking about deforestation. Because of such a violation of the ecosystem, wild ungulates leave the forest, which are the main food of wolves. The wolves have nothing to eat, and they go out to people. If we took care of the natural ecosystem, then, of course, there would be much less problems, “- said the zoologist of the Moscow State University. Lomonosova Elena Litvinova. 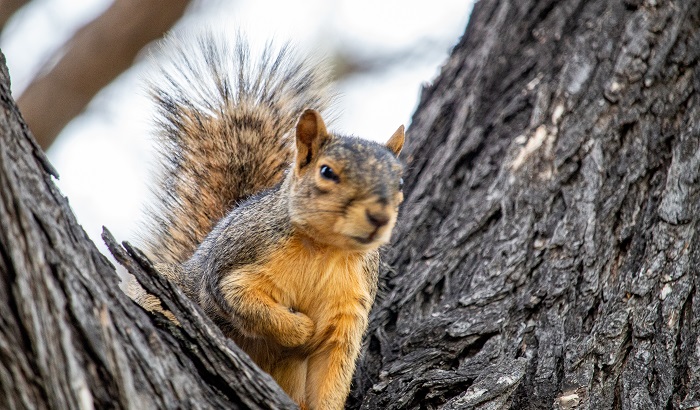 The first reports of aggressive proteins began to come from Yakutia about 10 years ago. Then the locals complained that packs of hungry animals were attacking people and animals. Experts explained this phenomenon as spring forest fires. The squirrels were starving, so they began to attack humans.

A terrifying incident occurred several years ago in the Far East in the center of the village of Lazo, Dalnerechensky District – a brutal flock of squirrels attacked a dog and tore it to pieces. Eyewitnesses saw a homeless mongrel running in the park and barking at black squirrels that jumped in the trees. The squirrels gathered in a flock and unexpectedly attacked the dog. “They literally gutted her. People rushed to the rescue of the dog, but it was too late. The flock of squirrels did not fight the dog for more than a minute. And when the animals saw people, they rushed scatteringly, taking with them pieces of prey, ”said local journalist Anastasia Trubitsyna.

A few years later, the same complaints began to come from residents of the capital and the nearest Moscow region. Fluffy, but very vicious squirrels attack lovers of quiet rest in forests and parks. The experts shrug their shoulders.

According to one version, this problem was laid down in the early 2000s, when the city authorities decided to artificially increase the number of squirrels in the city’s parks. The fluffy animals were first raised in nurseries, and then released in Serebryany Bor, Izmailovsky Park and the Krylatskie Hills Wildlife Refuge. An overabundance of squirrels in the capital could destroy all the birds that lived in the reserves. The animals that were expecting offspring needed protein food, and therefore ruined the nests, eating eggs and chicks. Their relatives gathered in flocks of 20-50 individuals and attacked animals and people.

This year, there have been no reports of squirrels attacking humans yet, but experts advise to be careful. Squirrels, like foxes, can be infected with rabies, so it’s best to keep these fluffy cute ones at a distance.

Why do wild animals behave especially aggressively in spring?

Biologists give several reasons. Firstly, spring means the onset of the mating season, which means not only the struggle for the female, but also the redistribution of territories. At this time, it becomes extremely dangerous to approach animals, even small ones.

In the spring, seasonal outbreaks of rabies often break out. Infected animals begin to behave inappropriately: they appear in settlements and may try to attack not only stray dogs and cats, but also humans.