The IMF approved the economic policy of Russia during the pandemic 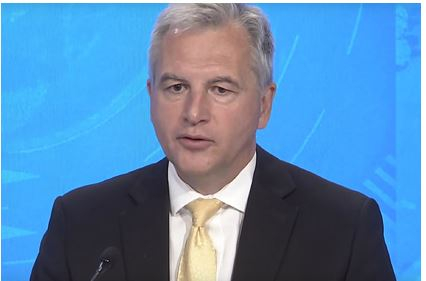 The head of the European Department of the International Monetary Fund, Alfred Kammer, approved the policy of the Russian authorities during the COVID-19 pandemic and said that the government’s actions allowed the economy to recover, writes RIA Novosti. However, the politician stressed that the country needs reforms for further growth.

“Russia in 2020 faced a relatively small recession, and in 2021 recovered very much. Also, Russia used the right mix of measures during the crisis, which supported the recovery. Fiscal policy supported [рост]as well as monetary policy, which led to the significant recovery that is now taking place, ”- says the IMF representative. Kammer added that in the medium term, the authorities should focus on structural reforms to increase productivity, and called the need for change the “main Achilles heel” of the Russian economy in the future.

In October, the IMF raised its forecast for Russia’s economic growth in 2021 – in July the organization expected an increase to 4.4 percent, and now this figure is 4.7 percent. The forecast for GDP for the next year worsened slightly – from 3.1 to 2.9 percent. In 2020, at the peak of the coronavirus pandemic in the world, the Russian economy contracted by 3 percent.

In October, Russian Prime Minister Mikhail Mishustin said that since the beginning of 2021, the country’s GDP has grown by 4.8 percent, and the volume of the economy has exceeded the pre-crisis level. In addition, Mishustin spoke about the decline in unemployment.

On October 20, Russian President Vladimir Putin approved a proposal to introduce a non-working period in the country from October 30 to November 7 due to the spread of the coronavirus. First Deputy Prime Minister Andrei Belousov predicted that the possible losses of the country’s economy from the introduction of restrictive measures would amount to 60 billion rubles.