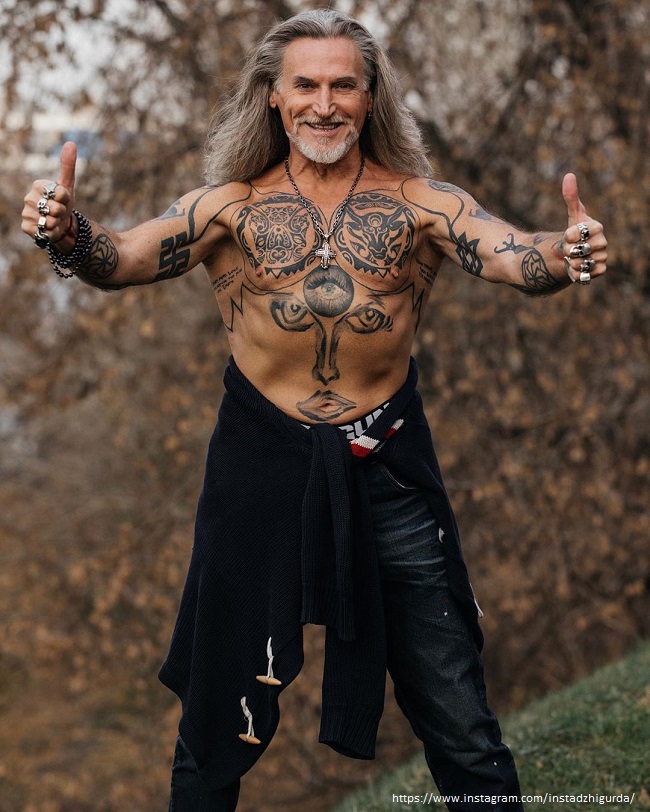 A certain young man said that he is the son of the artist Nikita Dzhigurda.

It seems that a new star of scandalous talk shows about the life of stars has lit up on the horizon. The day before, an interview with a young man appeared in the media, who claims to be the son of Nikita Dzhigurda. The young man is already 30 years old, but he only now decided to restore family ties. Why has the potential heir to the showman been silent for so many years and what goals does he pursue by demanding a DNA test?

Nikita, who introduced himself as the son of Dzhigurda, told reporters that he grew up in the family of a teacher of the Russian language and literature. She gave birth to a baby nine months after a vacation trip where she had a holiday romance. At first she raised the baby alone, but soon she arranged a personal life, got married and the boy had a stepfather.

According to the young man, he grew up in a happy family, but knew that he was not raised by his own father. At the same time, I did not want to stir up the past, so I did not ask my mother unnecessary questions. Her fate was tragic – she died while still young from a serious illness.

The possible son of Dzhigurda learned that his father could be an eccentric actor from the personal letters of his mother, which he found after her death.

By the way, Nikita from an early age heard comparisons with a shocking artist. He looks a lot like a showman. He also plays guitar and sings songs. He wants to meet and talk with his own father. It seems that this is his main goal for the near future.

At the end of March, the artist celebrated his birthday in a metropolitan restaurant. Shomen gathered his closest friends and relatives at the festival. The birthday man’s wife Marina Anisina flew to the banquet from France with their common children: son Mikom-Angel and daughter Eva-Vlada. The party turned out to be funny and noisy – everything is as Dzhigurda loves.

However, the “illegitimate” son could not get to the holiday. As he told reporters, the security did not even let him talk with the hero of the occasion and explain the whole situation.

“I confess, I was very upset when, like a mongrel, I was thrown out of the restaurant where I came to congratulate Nikita Borisovich on his anniversary.“, – the EG quotes him.

He is not afraid that Dzhigurda may not quite adequately respond to the news of the appearance of another adult son. It is known that it can be difficult for a showman to control himself – he can be overwhelmed by emotions. The young man hopes to prove his relationship with him through the court and intends to conduct a DNA examination for this. If everything turns out as they write, then Nikita will be able to claim part of the inheritance that Dzhigurda will leave behind.

By the way, when it came to money, an interesting detail came to light. The so-called “heir” expects that Dzhigurda, after establishing paternity, will provide him with material support. It turned out that the showman’s potential son has a rather modest income – he works as an installer in St. Petersburg.

If you remember that not so long ago the artist proved in court his rights to the inheritance of Lyudmila Bratash, then the young man may not be a son at all, but an impostor who hunts for other people’s millions.

Probably, soon Dzhigurda will somehow comment on the interview of the “heir” and tell how plausible his story is. If he is an ordinary swindler, then Dzhigurda will surely easily lead him to clean water.