The husband of Zavorotnyuk, Petr Chernyshev, suffering from cancer, leaves to work in Dubai 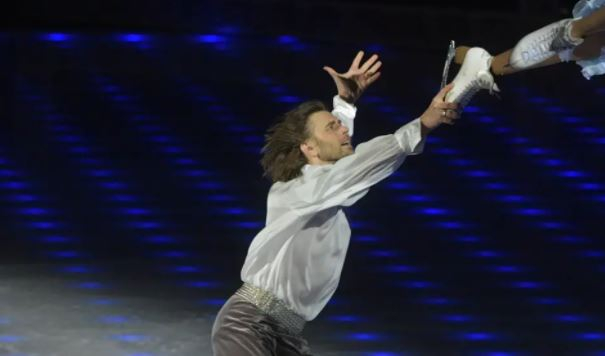 Russian and American figure skater, five-time US champion and two-time winner of the Four Continents Championship in ice dancing, Pyotr Chernyshev is looking for any opportunity to earn money for the treatment of his wife Anastasia Zavorotnyuk with cancer.

This time the husband of the star of the TV series “My Fair Nanny” will go to the United Arab Emirates, where he will perform in the ice show of Tatiana Navka. The skater shared details about the upcoming program on Instagram.

“On December 4 and 5, we will perform with our fairy tale“ Sleeping Beauty. Legend of the Two Kingdoms! This has never happened in the entire history of the world! The UAE has never seen such a level of figure skating, especially women’s, and hockey! This is a unique story both for them and for us, ”Navka wrote.

Information about Anastasia Zavorotnyuk’s illness appeared in the fall of 2019. The media wrote that the movie star was diagnosed with brain cancer – glioblastoma. Relatives were in no hurry to comment on this information, preferring to remain silent.

Later, the daughter of the actress Anna Zavorotnyuk confirmed on social networks that her mother was in serious condition. She asked fans to pray for her recovery. The heiress of the actress considers her mother a real fighter, her character should help her cope with her illness.