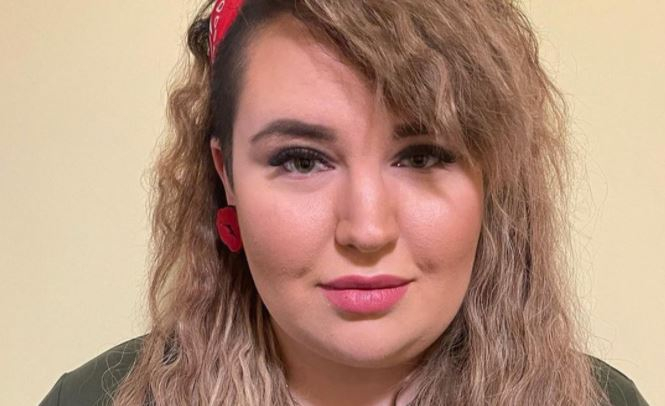 The star of the reality show “Dom-2” Sasha Cherno shared a picture with her husband Joseph Oganesyan. Fans immediately began to discuss the drastic changes in the man’s appearance.

Cherno and Oganesyan were one of the brightest couples on the scandalous TV show. Their romance ended with a wedding, and last year the couple had a son, Stefan.

Fans of “House-2” are accustomed to the difference in the physique of the spouses. Therefore, the recent photograph by Cherno surprised them in earnest. In a photo posted on Instagram, a husband and wife pose on a snow-covered street with their son. They wore the same bright sweatshirts for the shot.

Internet users immediately began to discuss Oganesyan’s appearance. Some criticized him for his unusual hair color, while others thought that Cherno’s husband was rapidly gaining weight. Some commentators joked that his wife was to blame for this, the newspaper “Dni.ru” reports.

“Soon Joseph will catch up with you in weight,” the fans wrote.

In a famous family in March there was a grief. Cherno’s mother died after suffering a stroke. The ex-participant of “House-2” admitted that shortly before the death of a loved one, she had strange dreams, memories of childhood floated up in her head.