The highest pyramid of glasses hit the Guinness Book of Records

The party hosted by Atlantis, The Palm Hotel (Dubai, UAE) and Moët & Chandon Wine House (France) was outstanding in every way. 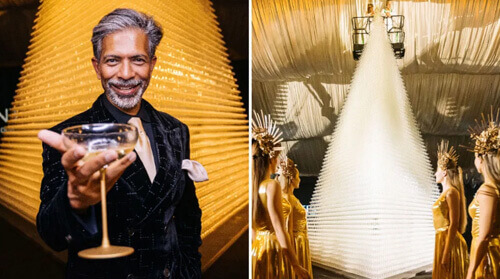 Celebrities and VIPs were invited to the celebration, who enjoyed musical performances and other entertainment while sipping champagne. 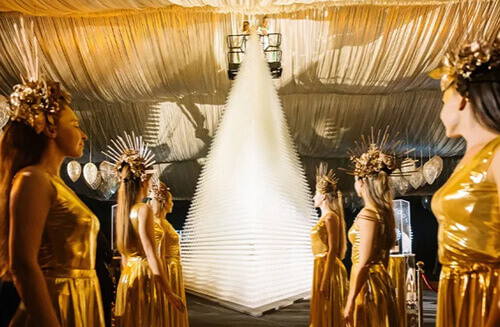 But the highlight of the evening was the pyramid, which was built from 54,740 champagne glasses. The height of the installation cannot fail to impress – 8.23 ​​meters. 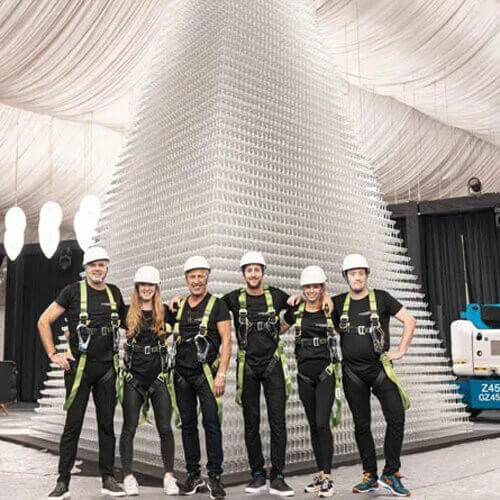 A whole team of specialists was engaged in the construction of the pyramid, and it took them as much as 55 hours, divided into 5 days, to create an unusual, beautiful and fragile structure. Professional ballerinas were invited to demonstrate the pyramid, whose dance made the spectacle, symbolizing greatness and generosity, even more magical. 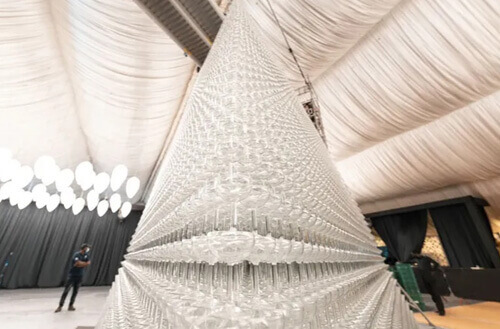 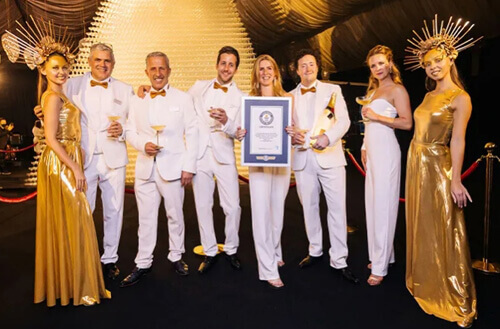 Of course, the glass tower attracted the attention of representatives of the Guinness Book of Records, and now it has officially hit the pages of the world-famous publication. It is reported that at the end of the holiday, the glasses were handed over to local glassblowers, who converted them into reusable dishes that will be used at the Atlantis, The Palm hotel on an ongoing basis.

Construction machines played an exciting game that became a record