The hedgehog had to share food with the fox

John-Paul Jones loves nature and knows very well that all kinds of four-legged guests come to his garden at night.

A resident of Cardiff, Wales, is always happy to prepare a treat for visitors, and this time he laid out a few pieces of chicken, not forgetting to install a video camera equipped with a motion sensor. 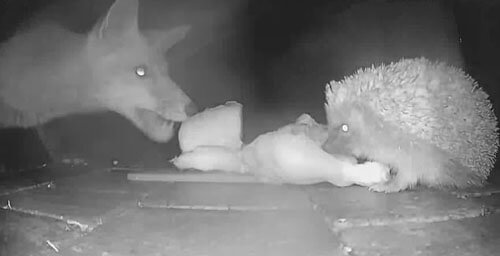 As a result, the animal lover admired an interesting scene, which he later published on the Internet. 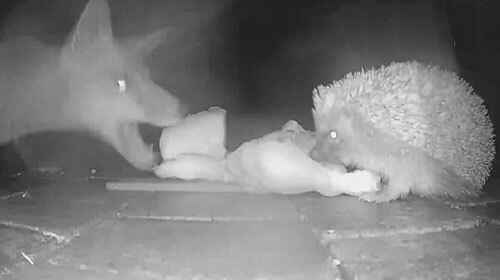 First of all, the chicken meat attracted the hedgehog, and then the fox appeared in the frame. True, she was not eager to help herself with the prickly neighbor, but simply grabbed the piece she liked and ran away with him. The 50-year-old author of the video added that what happened surprised him a lot - he had never before seen hedgehogs and foxes appear for a late dinner at the same time.

See also: The dog met a friendly fox while walking