The heavy wheel almost hit the people sitting on the street

Several residents of Phanthbet (Vietnam) were forced to flee from unexpected danger. 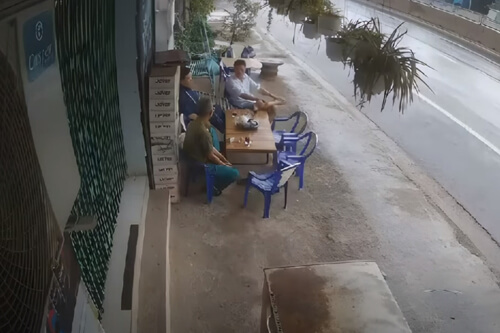 The men were sitting calmly at a table on the street and were talking when they saw that a heavy wheel was rushing right at them – apparently, a truck passing by had lost it. 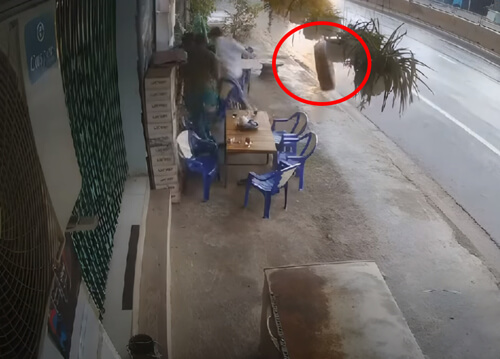 The reactions of strangers can only be envied, although many of us at the moment of terrible danger are ready to show miracles of swiftness. The men managed to escape from the wheel, and viewers who watched the frightening video called its heroes lucky people.

The elevator ride was too scary