The happy monkey Ilona Mask. With a grenade!

The brainchild of Elon Musk, the startup company Neuralink, seems to have taken another step towards chipping people. She recently showed a monkey with a chip in its head playing ping-pong on a computer with the power of thought.

Another Neuralink advertising campaign featuring a monkey “with a grenade”, or rather, with a chip in his head, did not become a sensation.

Back in February, Elon Musk announced that his company’s engineers had successfully implanted a chip into the brain of a monkey, which “became happy.” This quote. The primate, according to Musk, was already able to interact with the computer with the power of thought and even played simple games.

The monkey experiment was the next step for Neuralink after the pig experiment. In September 2020, Elon Musk presented with fanfare the work of the chip in the brain of a pig named Gertrude. The pig, however, did not manipulate anything. But the chip in her brain, as Musk showed, transmitted signals about the tactile contact of the animal’s piglet with any objects while the pig rummaged in search of food.

This time, Musk did not give a pompous presentation. The company just posted a rather modest three-minute video.

First, a monkey named Pager uses the joystick to move the cursor across the screen following a yellow square moving in different directions. Then the joystick is turned off, the monkey continues to pull at it, but the cursor is already moving across the screen not due to this, but due to impulses that come via Bluetooth from a chip implanted in its brain. Finally, the animal plays ping-pong, hitting a virtual ball with its mind on the right and left sides of the screen. It looks pretty impressive. We are convinced that we have just a breakthrough solution: for the first time “the chip works”. 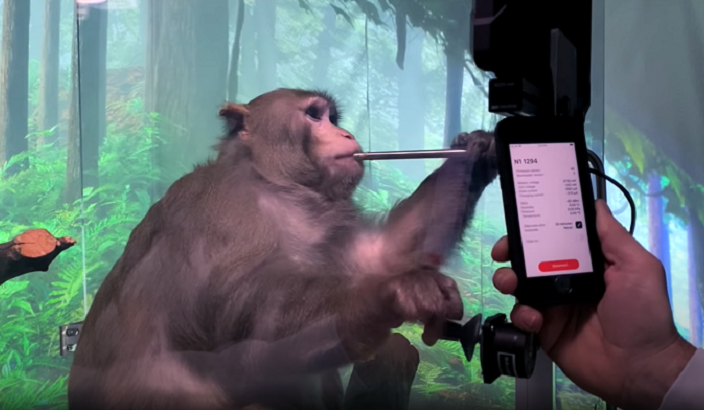 “TOIL” FROM THE MASK

Elon Musk created a startup Neuralink back in 2017 and invested $ 100 million in it.

Another $ 150 million was attracted as investments. Let’s pay attention to this fact: the funds raised turned out to be more than Musk’s own investments.

Since then, Neuralink has remained a startup, as the company employs only about 100 people. By the way, Neuralink needed presentations with pigs last year, according to Musk himself, to attract new employees to the team. That is, it was actually just an advertisement, a marketing ploy.

The stated goals of a startup can be safely considered the same marketing ploy. Musk has repeatedly said that with the help of a chip implanted in the brain, it is planned to help sick people find the possibilities of healthy people. So, it is assumed that the chip will be able to help patients with Parkinson’s disease, as well as paralyzed people who can type text on a computer screen with the power of thought. We agree that these are humane goals.

The chip from Neuralink was originally a rather intimidating device. It was assumed that four 8-mm holes would be drilled into the human skull and wires inserted through them without affecting the blood vessels.

One of the founders of Neuralink, Max Hodak, said that the unit for transmitting data wirelessly to a computer or smartphone will be located behind the patient’s ear. In 2020, Neuralink announced that it had improved its chip. Now there is no block behind the ear. The chip itself, called Link, and the transmitter are one piece, implanted directly into the brain.

Musk then showed this device measuring 23 mm by 8 mm (similar in shape and size to a coin). The chip will have 1024 channels for data transmission at megabit speed via Bluetooth. The chip will communicate with the owner’s smartphone at a maximum distance of 10 meters. The chip’s battery will last for the whole day, and it will be recharged at night while sleeping using a wireless device. “The chip will connect to your phone, and Link will communicate with it right from your head,” Musk said at the time. 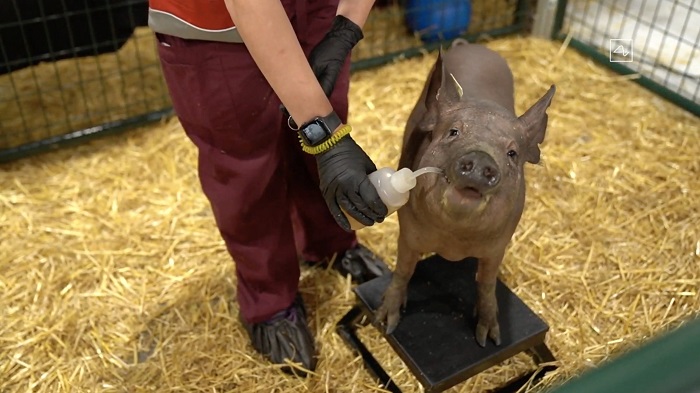 Have you noticed how Musk is masterly moving to positioning his chip as “a device for one and all”? This is the main problem.

The fact is that Neuralink absolutely does not want to remain a small startup producing a modest amount of extremely expensive chips solely for medical purposes (although they are declared as the goals of the project). It also contradicts the philosophy of the main visionary, marketer and futurist Elon Musk. After all, he has to promise something that will shape a new mass trend in the future, make it more technological and convenient, right?

That is why Neuralink has been positioned by Musk for some time now as a startup that should grow into a corporation that massively gives millions of people “happiness.” Humanity will be able to implant a piece of hardware from Elon Musk to control a smartphone and a computer without hands, throw endorphins into the body with the power of thought, fall asleep and wake up on its own command, daydream, receiving visualization and even tactile sensations directly into the brain. The chip should turn from a technological tool into an image and a principle of life for people on planet Earth.

That is why, in July 2020, Elon Musk urged “not to fight with machines, but to merge with them.” In the best traditions of Ostap Bender, the great American combinator even promised full integration of the chip with the popular computer game StarCraft and other applications. Musk also said that he will add integration with a Tesla electric car to the chip, which can be called from the parking lot using the chip. Finally, the inventor admitted that with the help of his chip, a person would be able to upload his consciousness into a robotic body, as well as “save and replay any memories”.

Thus, we are not at all medical, but purely practical, marketing and consumer goals. The startup’s strength is, of course, still not enough. And no human trials have been carried out. To do this, the company must obtain permission from the US Food and Drug Administration (FDA). Musk said that at the moment Neuralink has only managed to get FDA status of “interesting invention”, but nothing more.

We’re not talking about a funny pig or a smart monkey with Musk’s chips. We are talking about the prospects for human cybernetic improvement, about plans that Musk does not even try to somehow disguise as medical purposes. And this is already a slippery slope, given the physiological, technological and moral-ethical problems.

First, the implantation of chips into the brain is a poorly understood area. There is no evidence that the brain will not reject the foreign body and this will not cause a fatal hemorrhage. Secondly, if Neuralink achieves mass production and implantation of chips in the future, this will mean that neurosurgery will move into the category of applied microelectronics. And here representatives of the medical community should already sound the alarm. Third, man is not a machine. To rob it using neurointerfaces means creating someone who will not be human. After all, this creature will receive hitherto unseen cognitive abilities or even learn to load its consciousness into a cybernetic body. Moreover, the data transmission from the chip is carried out via Bluetooth. What happens if the signal is intercepted by attackers? What if they can connect to the channel, decode the signal, and send it, altered, back to a chip connected to the neurons of the brain? There are hundreds of such ethical questions.

And the last thing. If Neuralink is going to produce chips that are implanted into the brain, then there is only a place for them in medicine. It is possible that in the end the chip from Neuralink will be a highly specialized device with purely rehabilitation functions. For example, for patients with paralysis, Parkinson’s disease, severe injuries of the musculoskeletal system, traumatic brain injuries as a result of road accidents. And then no one will be interested in Musk’s nonsense about games, music in his head and merging with the machine.