The hairdresser made a huge ball of hair, which became a record

Steve Warden, a hair stylist from Ohio (USA), at some point thought about the fact that he would like to do something outstanding. 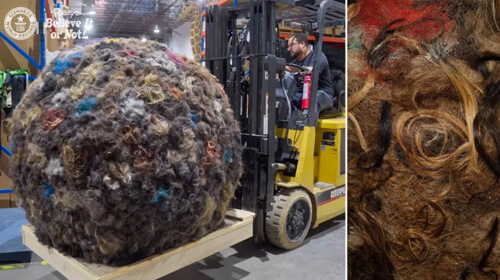 The very professional activity of the master suggested to him what is so unique and unusual that he can create – a ball of hair. 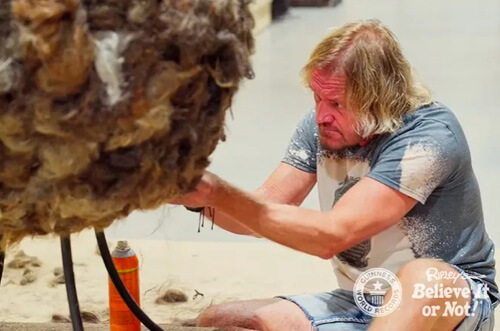 The hairdresser began to collect the clients’ hair, and then stocked up on glue and began to model the ball. The original balloon was about the size of a baseball, but it continued to grow. 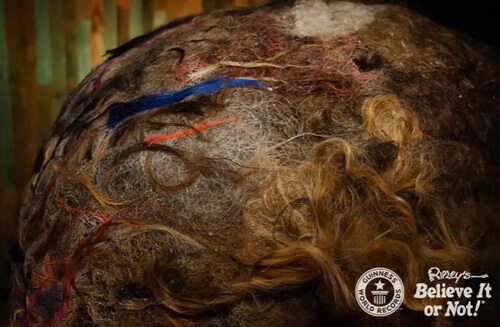 Later, Steve decided to present his balloon, which he named Hoss, at Orlando Comic Con. Visitors to the exhibition were invited to donate their own hair to make the balloon even bigger. Surprisingly, many people were ready to join the strange idea. Hoss continued to tour exhibitions with his creator and grew in size, so much so that representatives of the Guinness Book of Records became interested in him. Now the ball, which weighs 102.12 kilograms, is recognized as the largest in the world. 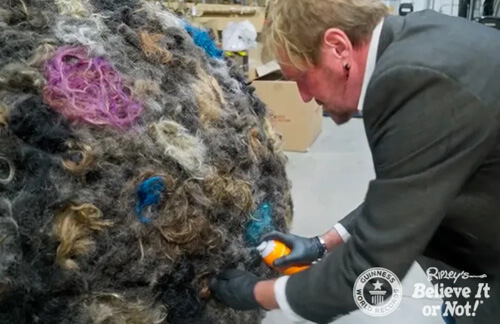 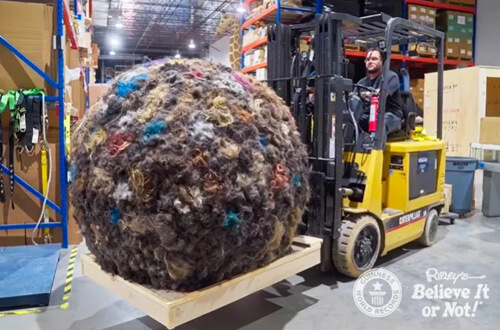 Steve added that he made Hoss so that his children and future grandchildren would be proud of him. He also encourages people to bring their ideas to life, even if they may seem crazy to someone.