The dress that the newly-made mother-in-law put on for her son's wedding was considered by many Internet users to be the height of bad taste. 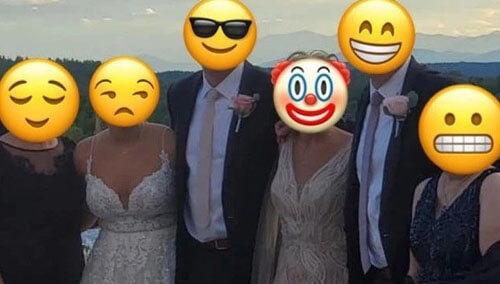 Strictly speaking, there is nothing so terrible in the dress itself, only it is very similar in color and style to a wedding one. Moreover, the groom's mother decorated the outfit with a light shawl, which suspiciously resembles a veil. The snapshot, which appeared on social networks, attracted a lot of the attention of outraged people, most of whom did not immediately understand which of the two women was the bride (however, here emoticons come to our aid, hiding their faces). 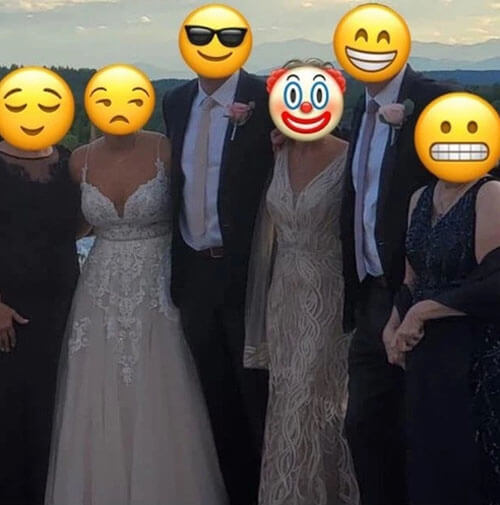 The main heroine of the celebration aroused many words of sympathy in her address. Many noted that her dress looks much cheaper and easier than that of her mother-in-law, and therefore she will have a hard time living with a new relative who has managed to ruin her daughter-in-law such a happy day.

Read also: A guest with a smartphone ruined a wedding photo