The gods of war came from the East

On July 22, German aviation bombed all Soviet airfields within a few hours.

Stalin did not dare to bring the troops to full combat readiness, although in front of him lay a mountain of reports indicating the exact time of the beginning of Operation Barbarossa.

“THE AWARDS WERE TO ME TO THE BULB”

It was as if our vehicles were specially left in plain sight – at the forward airfields in the border strip, and they were burned. 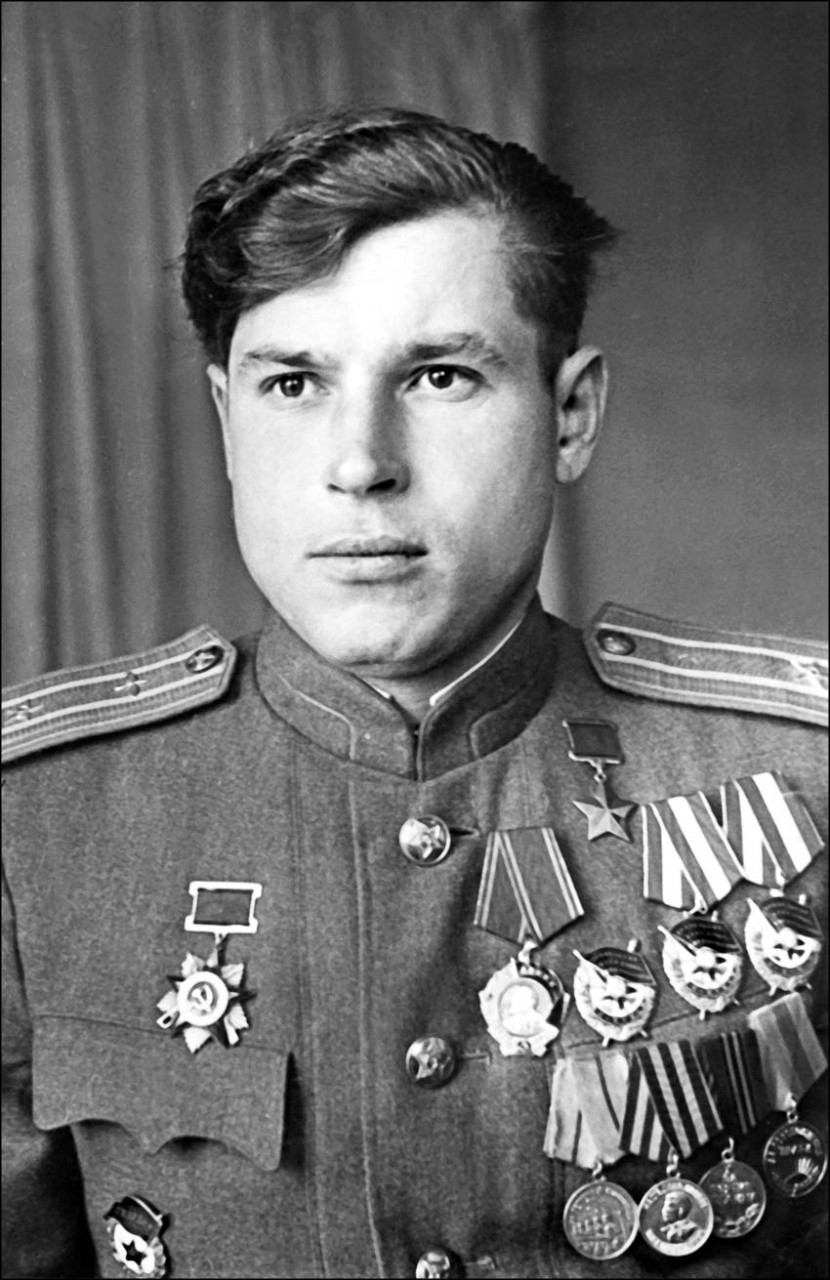 Those aircraft that managed to take off at the last moment were shot down by more powerful and better armed German fighters. Eighty years have passed since that day, but there are still debates as to why this happened. Why did Smolensk fall on July 16 in the bloodiest battle of that terrible summer …

Hero of the Soviet Union, invincible fighter pilot Fyodor Archipenko, in an unforgettable conversation held in 2004, told me: “On the day the war began, I flew for reconnaissance from Brest to Lvov and saw our border. She was all on fire. It was clearly visible from above. Our fighter aviation was destroyed at the airfields, and the troops were left without air cover, the Germans were able to quickly advance on Moscow through Smolensk. Our aviation was able to win air supremacy only in 1943, during the Battle of Kursk. Air Force Commander Alexander Novikov came to our regiment and set the task – to strike at the nearest enemy airfields. And we began to beat them, as they did us in the summer of 1941: they destroyed 500 fascist planes right at the airfields. “

Archipenko made 467 sorties, but the most difficult, according to him, were those that fell on the Jassy-Kishinev operation.

“Our tanks went on the offensive, but the Germans gathered all their aviation against them and began to burn them like boxes,” says Archipenko. – And now those events remain before my eyes – one group of 40 bombers goes to bombing, followed by the second. How many Germans I shot down in one battle did not count. Maybe 5-10. There was no time for that, they dropped bombs and fled, the German aces did not get involved in an equal air battle. Near Iasi, 1200 aircraft were shot down on both sides in eight days. That is why I called the pilots “suicide bombers.”

Military statistics are rather arbitrary. For example, 10 of the 12 planes shot down by Archipenko near Prokhorovka were recorded in the number of group victories, and they did not fall into his combat account. Thus, the authorities punished him for his obstinate disposition. But the 21-year-old did not think about the number of downed planes and awards. “I didn’t care about all the awards then,” says Archipenko. The “wounded” who was shot down by him, which, leaving behind a plume of smoke, crossed the front line and fell on enemy territory, did not get into his account.

In 44, Archipenko shot down Hitler’s favorite, the second ace of Germany, Gerhard Barkhorn. Officially, Archipenko has 44 downed Germans, but he claims that there were at least 15 more. It is impossible to calculate exactly.

“I was the best, I piloted my plane perfectly and excelled any enemy in aerobatics,” said the legendary fighter pilot. – I was not afraid to rise into the air. When he attacked, enemy bullets rushed very close, shot down from a small distance, so for sure – from 30-40 meters. Our generation has fulfilled its duty. My “Air Cobra” helped me to go through the whole war. She had to change only a tired engine.

There were cases when it hit the German Ju-87 for 100 meters and they fell apart into small parts right in the air. We improved it in the regiment, put a cannon and large-caliber machine guns on one trigger, and removed the rest of the machine guns. The weapon was reliable. There was enough lethal fire, and the radio worked perfectly. “

On June 22, Hero of the Soviet Union Ivan Tsapov met the war on his low-speed and weakly armed fighter, the I-15 bis biplane.

“My first flight was at 6.20 am to cover the Kronstadt base,” Tsapov recalled. – We were informed that the Germans struck airfields and bases, set many planes on fire, destroyed military camps. But we were promptly transferred from the main base to the field airfield and the pilots and aircraft were rescued. It was difficult to fight in an I-15 bis, he flew slowly, but I remember very well the battle in which we managed to shoot down two new, very good German Messerschmitt-109 aircraft in three I-15s. They acted too brazenly, and we caught them. “

Tsapov made 546 sorties, and then his old biplane, in which he was lucky to survive, was replaced by an excellent La-5 fighter.

“The fighting demanded a tremendous return,” he noted. – It was necessary to think quickly, monitor the situation, shoot and pilot. We were relocated to the Moonsund archipelago, from where in the first weeks of the war ours flew to bomb Berlin. We ensured their flight in order to repel the attack of the enemy. “

In 1941, Berlin did not observe blackouts and did not turn off the lights, believing that no one would dare to bomb the capital of the Reich. According to Tsapov, the most difficult thing was to fly over the sea, where there were no landmarks – forests, rivers – and the horizon could not be seen when the sea merged with the sky.

Tsapov fought on the Leningrad Front for all 900 days of the blockade. He defended the crossing on Lake Ladoga. And when the breakthrough began, he met and shot down enemy bombers.

Thanks to Soviet pilots, it was possible to withdraw Finland from the war – our bombers attacked the port, railway stations and factories of Helsinki. These “psychological blows” worked, and Finland ceased to pose a threat to the USSR. But the city itself remained intact.

In addition, our bombers made long-distance raids – taking off from the airfield in Belaya Tserkov, they crossed the Carpathians and went west to bomb the Nazi group in Budapest. Two hours of flight passed over enemy territory and there was no opportunity to make an emergency landing in the event of an engine breakdown. 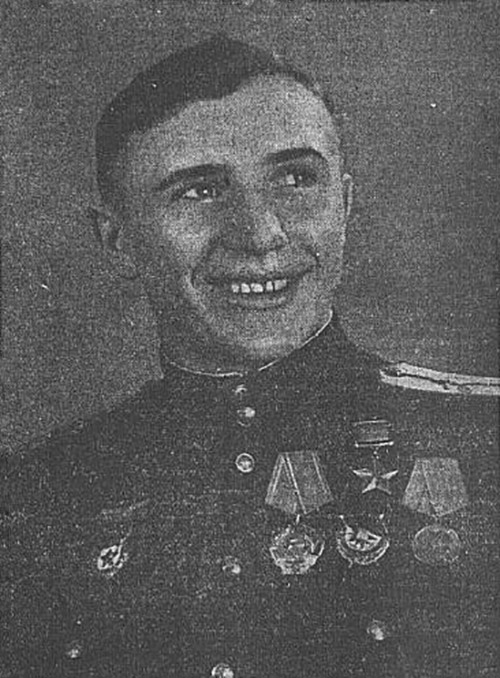 The command of the Bryansk group of the Wehrmacht decided to celebrate their victories noisily and gathered officers, including the highest command personnel, in the army club in the large building of the former House of Culture.

And two hours after the start of the celebrations, the master of the night sky, a slow-moving wooden Po-2 biplane, crept up to the club. Viktor Shibanov was at the helm. He accurately put his weight on the target, and the building turned into a mass grave for more than 500 Nazis.

Hero of the Soviet Union Viktor Shibanov entered the battle in November 1941 near Moscow. “I remember well how in the first mission we bombed the highways near Klin,” he said. – We took off from a field with packed snow near Solnechnogorsk. With the onset of darkness, we were given targets and hung in holders of six bombs of 50 kilograms. We sneaked up to the target at low altitude, then went up, planned and struck. And in April 1942 we were transferred to Kharkov, from where they retreated to Stalingrad. There an unpleasant story came out: I was shot down, seriously wounded, and even a funeral was sent home. He was treated in a hospital for six months, and then Stalingrad again. “

At the beginning of the battle for Stalingrad, at the age of 20, he was already considered an “old man” to whom the replenishment was equal. Until the end of the war, Shibanov flew in his surprisingly tenacious, like most Soviet aircraft, biplane, which could even plan with a broken engine, hold out to his own and burn out after landing. The Germans never figured out a way to repel the Po-2 night raids.

“It wasn’t about speed. What difference does it make from which plane the bomb was dropped? If only to deliver the cargo exactly to the target, – explained Shibanov. – I made six calls to the railway station near Melitopol and destroyed 120 wagons and seven steam locomotives. All the same, I found these trains and covered the station 100 kilometers from the front line. I watched the carriages full of ammunition burst under me one by one. Only one continuous funnel remained from the station. An entire division of heavy bombers could bomb for a day and not achieve what I was able to do on my plane. He made 300 sorties and was wounded again. “

These heroes are no longer with us, and their planes can only be found in museums. But it was they who led the Soviet army to the west. They rushed at the enemy as if at an embrasure. And even enemies were admired for their feats and unsurpassed skill in controlling winged machines.