The flying smoke ring seemed very scary to many

Many residents of Ciudad Obregon (Mexico) were in superstitious horror when they noticed a dark smoke ring flying over their heads. 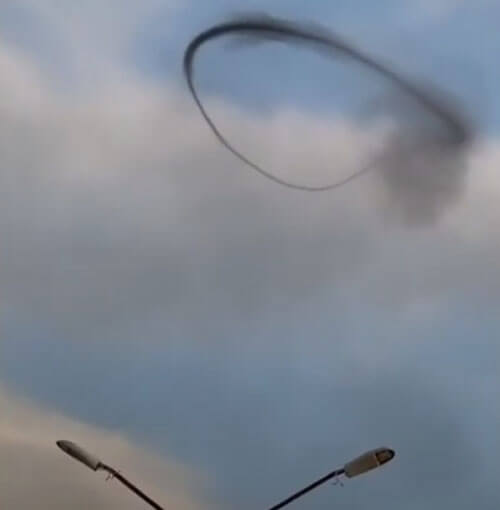 Various opinions have been expressed about the nature of this curiosity. Some explained the phenomenon by paranormal reasons or by the fact that aliens finally decided to conquer us. Others thought the ring was a flock of birds or insects, which would also be a rather sinister explanation. 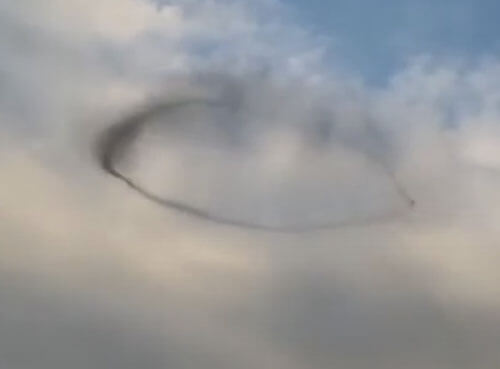 However, such formations appear in the sky for quite common reasons - this is the result of the emission of smoke from a round hole (for example, a shot from a cannon). True, there are no guns in the city, but there is a factory there. One of its pipes could well have generated an ominous ring, which seemed very scary to the inhabitants.

Read also: Fans of military history explained the appearance of a mysterious smoke ring in the sky