Many people suffering from floods cannot relate positively to the out of control disaster. 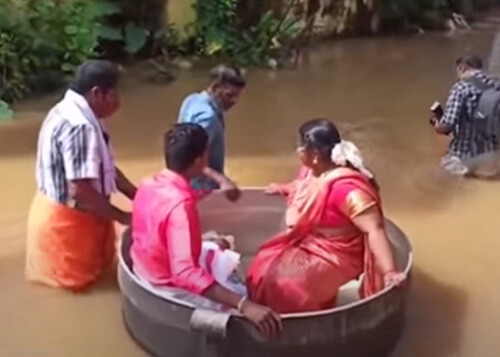 But against the background of all the negativity associated with natural disasters, sometimes you come across stories that, if they do not laugh, will certainly cause a kind smile. One of these stories, social media users considered the wedding of Kerala residents (India) named Akash and Aishwarya. Due to the quarantine restrictions, the bride and groom have already postponed the wedding several times, and now nature itself intervened in their plans. 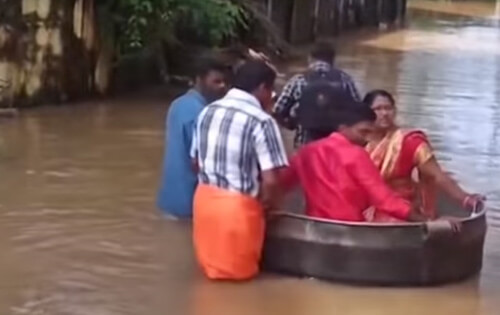 But the bride and groom still decided to get married and get to the temple, despite the flood. Oddly enough, in this they were helped by a large kitchen boiler, which became for a while a floating vehicle. A video of a man and a woman embarking on an unusual journey has spread both in local media and on social networks. People praise the newlyweds for their quick wit and ability not to lose heart, and also wish them happiness.