The first in history to walk the Ural Mountains

The traveler from Ufa, Oleg Chegodaev, covered the road from the South Urals to Polar, 3183 kilometers long, in 109 days.

The main adventure of his life – the Transural hike from the Ural River in the south to the northernmost point – the famous traveler and photographer Oleg Chegodaev in Ufa began on May 1 of this year. He coped with this task in 109 days, although he planned to spend 4-5 months on his route. On August 18, a message and a photo from the last point of the route – the northernmost peak of the Urals, Mount Konstantinov Kamen – appeared on the traveler’s instagram.

Many tried to walk up the Ural Mountains to Chegodaev, but something always got in the way, the travelers had to go around some section along the plain. But Oleg could!

The ambassador of the Ural Mountains, as the 37-year-old traveler calls himself, was helped by competent route planning and carefully calibrated products in terms of grams and calories, the transfer of which on certain sections of the route he provided for himself.

There were 18 casts in total. Basically, friends and acquaintances helped out, who drove up to the specified time and section of the road with food and batteries for the phone.

One drop in the tundra was a helicopter, and she literally saved him. The day before, the traveler lost his mosquito net, and he was almost eaten alive by a gnat. By helicopter, his friends handed him a new net, and he sent a couple of casts to himself by mail. 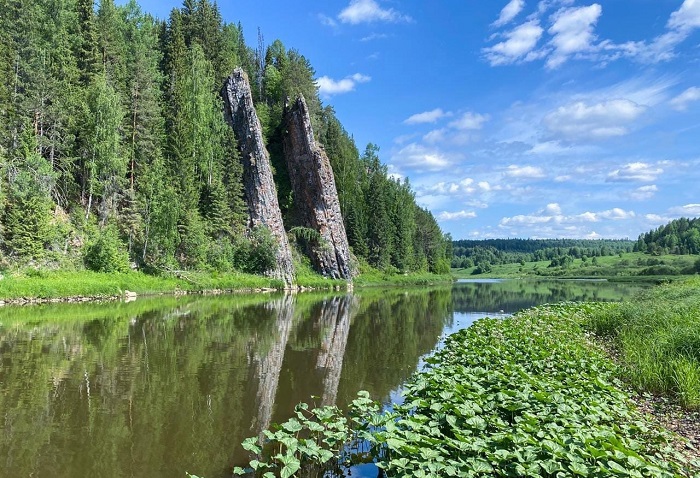 “Was it possible?” – tourists who are accustomed to carrying heavy backpacks on their shoulders for many kilometers will be surprised.

– I was a little worried about the “Russian Post”, whether it will learn something. But everything went smoothly. I went in and received a parcel on demand, this is still food for six days, cards, socks and gas, – Oleg Chegodaev wrote about his experience in the small town of Nyazepetrovsk.

He also sent himself food to certain camp sites and national parks on his route.

Six months and 500 thousand rubles were spent on the technical preparation of the hike. But since there were also expenses on the route, the total cost of conquering the Ural Mountains reached about a million rubles. Oleg walked 30 to 50 kilometers a day. He climbed several times to the top of the mountains, he has mountaineering training.

Since the traveler announced his itinerary in social networks in advance, other tourists joined him several times on the way and he passed the section of the road in the South Urals in good company.

On the way, Chegodaev in settlements met with schoolchildren, tourists, subscribers to his blog, who followed his journey with interest on social networks. He talked about the rich nature and beauty of the Urals, and also fulfilled another noble goal of his mission – he informed people about a joint project with the Markhamat Charity Educational Foundation in favor of children with special needs. During the trip, people donated over 400 thousand rubles to this charitable foundation. And with this money, special children, wards of the foundation, were able to spend their holidays in a forest camp in the Ural Mountains. 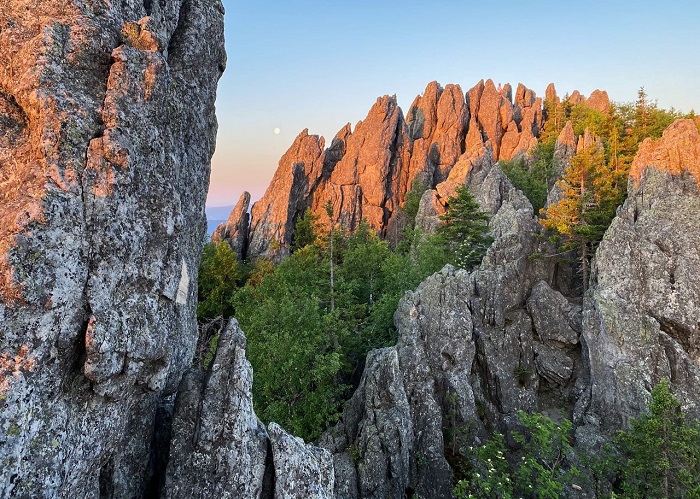 HOW NOT TO BECOME A VICTIM OF A BEAR?

There are many bears in the Ural Mountains. This pleases ecologists. But the traveler was, for obvious reason, worried. Oleg took with him hand flares, pyrotechnic signaling devices to scare away animals, and a can of gas, in order to spray the animal in the nose as a last resort.

On the way, he photographed and posted on social networks fresh footprints of a large bear in the mud, traces of its claws on a birch, the most clubfoot on the opposite mountain beyond the abyss. And he also published useful tips on how to avoid death in the paws of a bear. The main advice: “Do not be a surprise to him!”

In the event that the meeting with the bear did take place, Chegodaev advises not to run, but to raise the backpack and arms higher above your head and threateningly “speak obscenely”. The bear is not so willing to take a tall and swearing bass person for prey.

“HOW I EATED A DEER”

Evgeny Grishkovets wrote the play How I Ate a Dog. And Oleg Chegodaev is just right to write the story “How I ate a deer.” Raw. Just killed. With still warm blood. An unexpected meeting with reindeer herders happened already in the Subpolar Urals.

– This is how you walk along the polar tundra and at the next bend of the river you find yourself at a laid table, more precisely, at the open side of a deer, – recalls Oleg. – Nice guys, the Khanty reindeer herders invite you to the table. To refuse is to offend the owners. Help yourself. Still lukewarm. First, the meat from the thigh, then the kidney, and finally the delicacy – right in front of you, the bone is cut with an ax, the brain is removed. To make it softer, a crust of bread is dipped into a stream flowing nearby. Well, salt all this on top. Mmmm, you will lick your bloody fingers.

I must say that such a meal is not unusual for the peoples of the Far North. Moreover, they need it. Since, in the absence of fresh vegetables and fruits, they can only replenish the supply of trace elements necessary for a person. 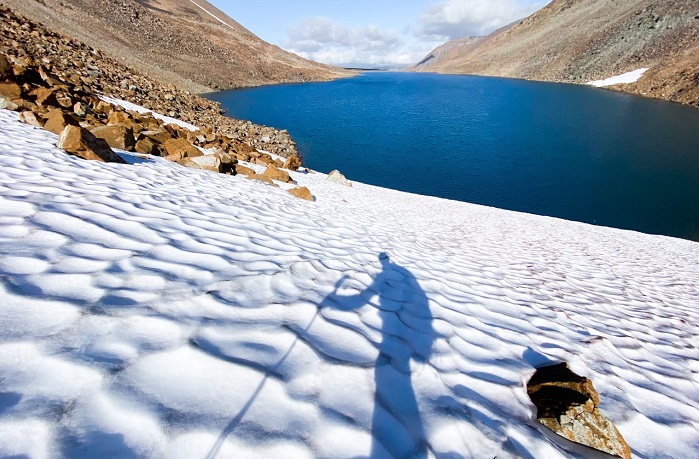 Later, Oleg Chegodaev stayed in the tent and admired the national costumes of the Zyryans.

“On the Nyarmayakha River, I counted three camps for seven kilometers,” the traveler says. – This is a big load on the tundra, but in other places it was, of course, less – in the camp for 15-20 kilometers. And here you go every day from plague to plague: in one you will be offered to buy pimas, in the other they will recognize and give you a slightly salted grayling tail, in the third you will be prompted …

At the beginning of the trip, Chegodaev announced that he did not set himself the goal of breaking any sports records: “The main thing for me is to show the Urals in all its diversity and variability.” On the way, he took hundreds of photos of unique local beauties, which many of our tourists do not even suspect, leaving on vacation abroad.

So much material has accumulated that now the traveler plans to publish a book and make a film about his grandiose adventure.

– Today, having ascended the northernmost Ural peak, Konstantinov Kamen, I became convinced that the movement towards the goal is more important than the goal itself. I remembered the steppe peaks of the extreme south, the curum rivers, the dawn over Chusovaya, the seeder abandoned in the mountains overlooking the Kosvinsky Kamen, the Gothic castle of the Munin-Tump peak, the exhausting but beautiful taiga between the “navels” and Shchugor … And I felt happiness. I passed the Urals! Now, looking at any latitude of the Urals map, I will have something to remember, – Chegodaev shared.