The female deer walked around the city, accompanied by two cubs

Residents of the city of Banff (Alberta, Canada) often get the opportunity to admire wild animals. 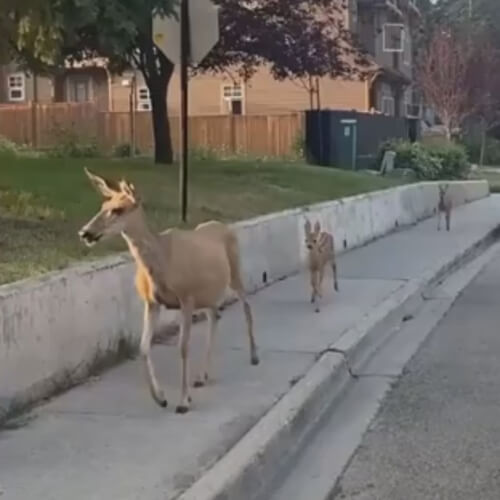 The resort town is located in a national park surrounded by the Rocky Mountains, and various representatives of wildlife often wander into it. The shots taken by Samantha Reed on a city street were considered by many to be very cute – the video shows a female white-tailed deer who took two cubs for a walk. The deer, slightly nervous and trying to keep up with their mother, reminded the audience of the Bambi cartoon. 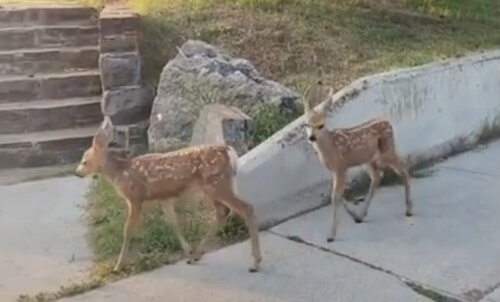 Samantha added that the family walked around the city and returned to their natural habitat. For local residents and tourists who also want to see such a spectacle, the author of the video advises to take walks at dawn and dusk – that’s when you can meet deer.

Hooligan deer broke the window and broke into the store