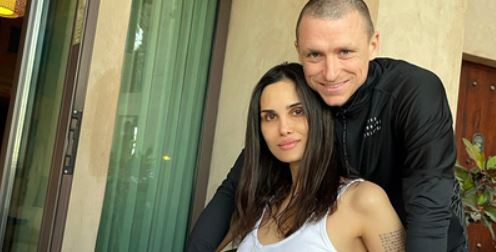 Lawyer of Rostov midfielder Pavel Mamaev Lilia Petrik told how her client and his ex-wife Alana are going to divide the property. The fate of the acquired became known to the radio station “Moscow speaking”.

Petrak said that Alana was asked to sign an amicable agreement, according to which she will receive an apartment, two cars and 12 million rubles. It is noted that a small part of the money that was acquired before February 2021 will remain with the football player. If an amicable agreement is not signed, then the spouses will equally share the property.

On August 10, Mamaeva accused the player of trying to take her daughter away from her. According to her, the 32-year-old midfielder has filed a lawsuit in the court of Rostov-on-Don, although the couple does not have joint property in the region.

The couple divorced in April. The marriage was dissolved by a court decision in Rostov-on-Don. Then the parties did not come to an agreement on the division of property and the payment of alimony.

Mamaev and his wife have been married for eight years. Alana has repeatedly accused the former football player of the Russian national team of treason.