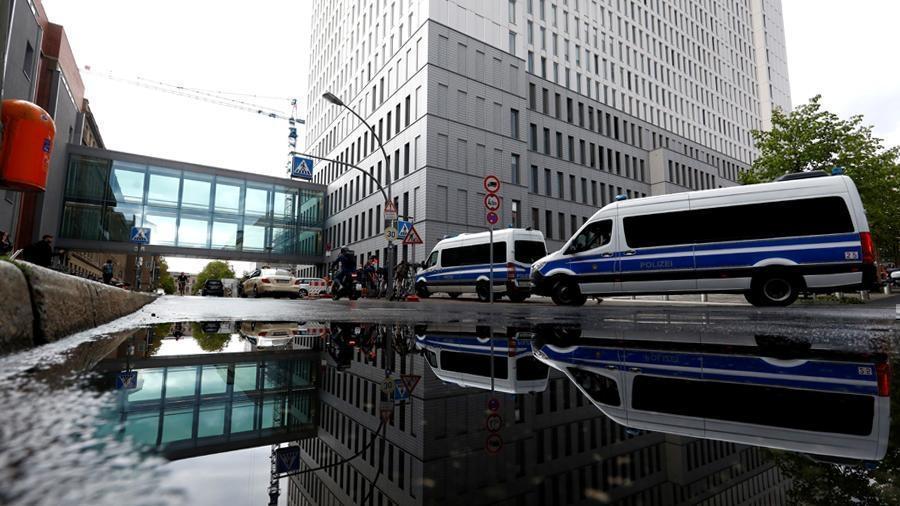 Director of the Institute for Strategic Studies and Forecasts Dmitry Egorchenkov commented on the situation around the "poisoning" of blogger Alexei Navalny to The European.

Egorchenkov recalled that the stabilization of Navalny's condition is "the merit of doctors from the Siberian city of Omsk" and it was their actions that made it possible to transport him to Germany. He also noted that "evidence of the guilt of the Kremlin and Putin personally has already been presented," however, according to Yegorchenkov, they are not consistent.

He drew attention to the fact that both German Chancellor Angela Merkel, French President Emmanuzhl Macron, and Russian President Vladimir Putin announced the need to investigate the incident. In addition, the Omsk doctors immediately provided the German side with the results of their research and expressed their readiness to provide them with the studied biomaterials, but were refused.

The expert noted that, unlike the incident with the Skripals, in this case, there is “no indication of“ agents of the secret services ”. He asks if anyone interviewed Navalny's assistant, who handed him a cup of tea before the flight, and whether the recording of this survey will be investigated if the version of the poisoning is confirmed. Yegorchenkov also does not understand why he should use a chemical warfare agent to kill an inconvenient politician in the Russian outback, and then send him to Berlin for independent research.

Yegorchenkov also drew attention to the fact that the flight of the plane with Navalny to Germany was delayed due to German doctors and pilots, who referred to the need for sleep and fatigue.

“Nevertheless, he was flown to Berlin on a private plane, which was paid for by the Russian multimillionaire Boris Zimin. Do you really believe that all these permits and the most favorable conditions could have been made without Putin's consent? Once again I ask the question: does the current regime in Russia want to get rid of Navalny and transport him for treatment? If it was an attempt to intimidate the political opposition, then it seems too “vegetarian” for the Kremlin, ”says Yegorchenkov.

He also drew attention to the fact that Navalny's treatment in the Charite clinic and in the Omsk hospital is no different: both atropine was used there. However, no traces of any specific substance were found. In addition, if a poisonous substance was actually used, there would be other victims in this situation.

“We would very much like to know what chemical traces are we talking about? By the way, the Russian Ministry of Foreign Affairs also asked for clarifications on this matter, ”he stressed.

Egorchenkov noted that no one denied the diagnosis of Russian doctors, who reported problems with the metabolism of Navalny. Nobody has given any arguments against this version. The expert notes that in recent years, Navalny has outwardly changed a lot. He also draws attention to the fact that Omsk doctors "reported almost hourly about the condition of their patient," while their German colleagues say nothing.

Considering the incident from a political point of view, Yegorchenkov recalled that relations between Germany and the United States have recently become cooler due to the Nord Stream 2 project, and against this background, the partnership between Russia and Europe could become stronger. In such a situation, could Putin "give his opponents such a trump card for imposing new sanctions", using exactly the substance that everyone expects from him?

“These are all key questions that hardly anyone can answer quickly. But if you look at them through the eyes of a detective, it becomes clear that Putin will not get any benefit from the poisoning of Mr. Navalny and from the international scandal surrounding this incident. To understand this, it is not necessary to be Hercule Poirot, ”concluded Yegorchenkov.

Navalny felt unwell during the Tomsk-Moscow flight on August 20. The plane urgently landed in Omsk, the blogger was taken to the emergency hospital number 1. He was transported to the Charite clinic in Berlin on August 22.

The German clinic said that they found signs of intoxication in a Russian with a substance from the group of cholinesterase inhibitors. However, Omsk doctors did not reveal intoxication with this substance during the examination of the patient. On September 2, the German government, citing data from a special laboratory of the Bundeswehr, announced that Navalny had been poisoned with a substance from the Novichok group. There was no evidence of this. Berlin does not respond to official requests from the Russian side, including the Prosecutor General's Office and doctors, while demanding from Moscow some materials for investigation.

The Russian Foreign Ministry, in turn, repeatedly called on Berlin to cooperate, and then expressed a strong protest to the German Ambassador, Gez Andreas von Gaire, noting that the situation was being used to discredit the Russian Federation in the international arena. If Germany does not provide a "substantive and detailed response" to inquiries about the state of the Russian, this will be regarded as Berlin's refusal to establish the truth within the framework of an objective investigation, and further actions in the context of the situation will be considered a provocation.

On September 9, Germany announced that it had submitted the results of Navalny's analyzes to the OPCW. The representative of the German government, Martin Fitz, then said that now Berlin does not see the conditions for transferring the same data directly to Moscow.

However, the Permanent Representative of the Russian Federation to the Organization for the Prohibition of Chemical Weapons (OPCW), Alexander Shulgin, noted that the German side has not yet submitted to the OPCW any materials on the “Navalny case,” which it had previously announced. He stressed that Moscow will insist on a dialogue with Berlin on the situation with the blogger. Russia, he said, is ready to cooperate with both the FRG and an international organization.