The ex-husband of the singer Anastasia spoke about their relationship 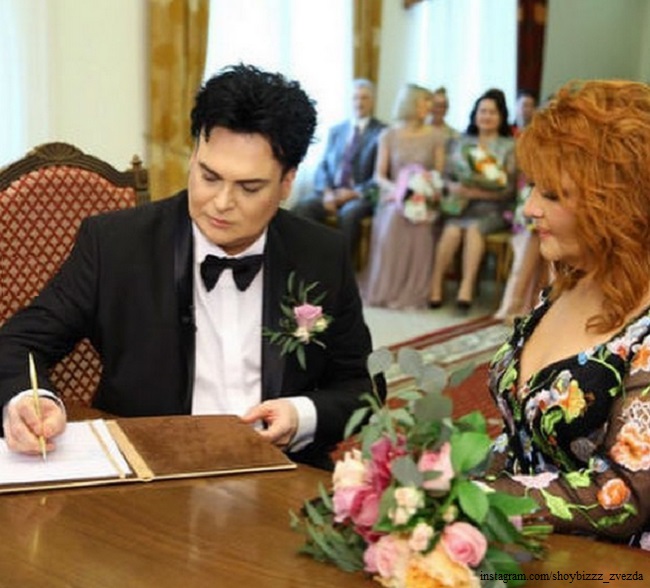 The ex-husband of the singer Anastasia, Julian, said that the trip to the registry office was a mistake.

According to the singer, he was very worried after breaking up with Anastasia. The performer of the hit "Russian Waltz" went to Suzdal to heal his emotional wounds to be alone with himself and to visit holy places. After this trip, Julian was able to find the strength to re-establish communication with his former lover, with whom he wanted to build personal happiness. But the artist prefers not to think about the renewal of romantic relationships.

"My personal life is not in full swing now. I decided to take a break from the relationship. I need peace. We made up with Nastya, by the way. We decided that our long-term friendship is more expensive than a showdown and a showdown because of a stamp in our passport. We now communicate well with her, we are going to continue to work together. Fans are used to seeing us on stage together. Although, of course, I admit that our trip to the registry office was a big mistake. Thirty years of friendship is more precious!", - says the artist.

Many fans noticed the 90s star in Suzdal and even suggested that he decided to go to a monastery, but Julian denied this statement.

"I was there with my dog. I rented a house and realized that I just needed such privacy. Suzdal is considered a city of churches and monasteries, so, of course, I could be noticed there. I was not hiding from anyone. I walked around the city, examined local sights. I was very delighted: the monasteries there, of course, are absolutely luxurious. But I don't think about monastic life. Now I have already returned to Moscow", - said the singer" Interlocutor ".

47-year-old Julian admits: parting with Anastasia was a real stress for him. The performer began to seek solace in food and gained significant weight. "Now I'm putting myself in order, I'm losing weight. Because I gained extra pounds. But I have a diet proven over the years. I sit on kefir and apples. This is a very good way for those looking to lose weight. For three days you drink only kefir, for the next three days you eat apples. And then you repeat the cycle. As a result, in twelve days, you can lose five kilograms completely calmly."- he said.