The European economy will no longer be saved 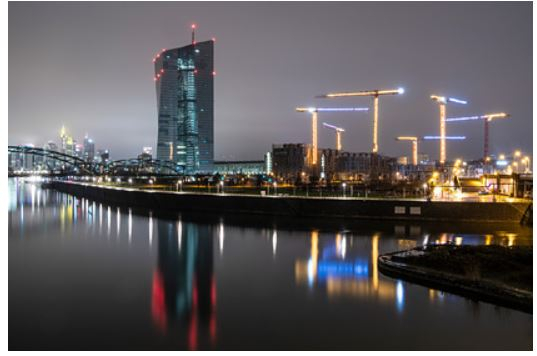 The European Central Bank (ECB) is going to change monetary policy and is likely to take a break in its further easing, writes CNBC, who polled financial analysts. Thus, we can say that the regulator will cease to save the eurozone economy, which has suffered from the crisis caused by the coronavirus.

According to experts, the latest statements by the head of the ECB Christine Lagarde indicate that in the foreseeable future the Central Bank will not further cut key rates, even despite the worsening forecasts of economic growth in most countries due to new coronavirus restrictions and closings.

Also, the ECB will move away from strict adherence to the goal of ensuring average inflation in the euro area at two percent per annum. According to financiers, the goal will remain, but more time will be allotted to achieve it.

The main target indicator for the regulator in the foreseeable future will be the achievement of acceptable financial conditions. This broad concept, which includes many factors, shows how a country’s financial system (or, in the case of the eurozone, the union of several countries) contributes to the development of the national economy.

The main component of financial conditions is the level of interest rates in the market, which determines how easily companies or citizens can obtain financing. Thus, the ECB intends to focus on maintaining the current level of rates, which is considered acceptable for the European economy. Analysts note that the demand for lending from the real sector will not be so important for the regulator in the current environment.

In addition, by focusing on financial conditions, the ECB will be able to displace it from a more painful issue – the level of public debt rates, with servicing which many countries (especially those affected by the crisis) have difficulties.

At the same time, in fact, the new goal of the ECB does not contradict the old one, since low interest rates on loans usually provoke an increase in inflation – by increasing the money supply in the economy and reducing incentives to save.

With the onset of the crisis due to the coronavirus pandemic, the ECB launched a large-scale quantitative easing program (buying government bonds from banks to lower rates on them and provide the banking system with additional liquidity), the total volume of which will reach 1.85 trillion euros. In parallel, the EU authorities agreed to create a fund of 750 billion euros. It will be financed by borrowings on behalf of the European Commission, and the funds raised will be used to help the most affected countries.