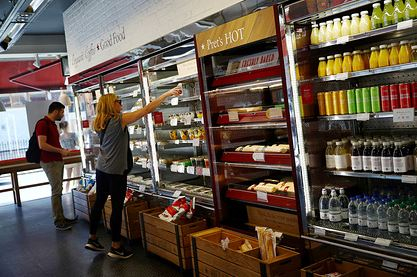 In the UK, the era of cheap food, when a family of four can be fed for three pounds (293 rubles), is coming to an end due to rising costs of food producers. A significant rise in food prices was predicted by the owner of the largest company in terms of turnover in the food industry 2 Sisters Group, Ranjit Singh Boparan, known as the “chicken king”, reports Reuters.

He warned that food price increases could reach double digits as producers pass on rising costs to consumers. In addition to the consequences of Brexit and COVID-19, the world’s fifth largest economy is facing an acute shortage of truck drivers, movers, butchers and warehouse workers, which negatively affects supply chains. In addition, Boparan said that the cost of feed, supplements, veterinary costs and wages rose by 15-20 percent, electricity and carbon dioxide needed for the food industry have risen more than five times since the beginning of this year, and packaging has become more expensive by 20 percent. in six months.

Boparan, which produces about a third of all poultry products consumed in the UK, does not think the British government will be able to solve all the problems or control inflation. The entrepreneur said that he will invest in the automation of production, since due to the decrease in supply in the labor market, workers have to pay more and more.

Prime Minister Boris Johnson has repeatedly stated that the UK economy should stop relying on cheap imported labor and that wages will have to be raised. The Johnson government denies that Brexit has negatively impacted the national economy, although no other European country has experienced similar large-scale supply chain disruptions.

Because of them, the shelves in supermarkets were empty. According to a report by the National Statistical Office, 25 percent of UK citizens cannot buy food, while 17 percent of Britons have had difficulty buying basic necessities. Every tenth respondent spoke about cutting costs.

According to official consumer price data, food prices rose 0.2 percent on an annualized basis in August, breaking a nine-month period of decline.