The elk, who decided to explore the children’s swing, quickly regretted it.

It is not known how the curious elk liked the children’s swing, but the study of this subject did not bring it to good. 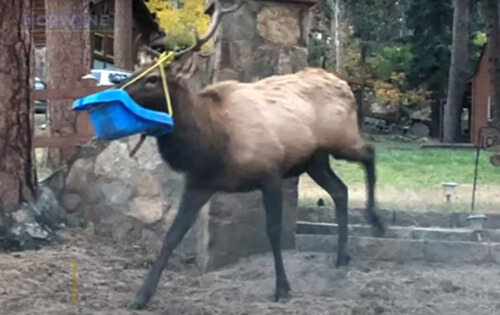 Fortunately, the poor fellow, whose horns got tangled in the swing, was noticed by residents of Jefferson County (Colorado, USA), who reported the accident to the wildlife service. Officer Scott Murdoch was able to track down the animal, after which he euthanized and removed the swing. 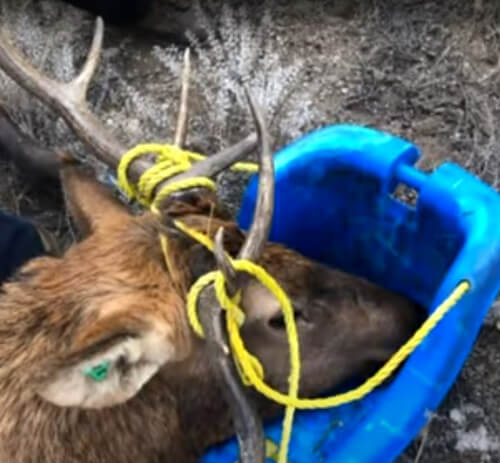 Scott added that the moose had atypical antlers that did not grow properly. This happens if the horns were damaged in early childhood. To prevent the wrong processes from interfering with the animal, the rescuer cut them down at the same time. The officer also appealed to local residents with a request not to leave objects in the accessibility of animals that could injure wildlife.

A pig rescued from a slaughterhouse became an artist