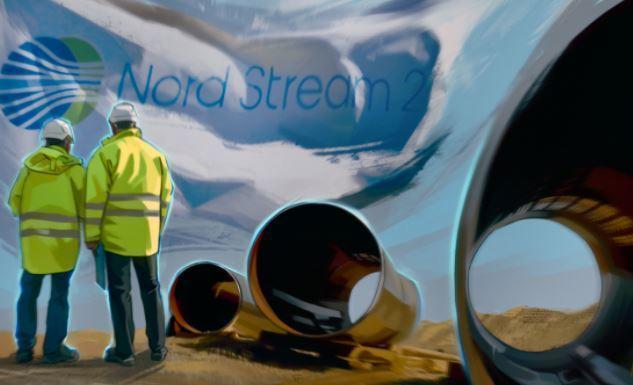 Russian economist, expert of the Financial University under the Government of the Russian Federation Stanislav Mitrakhovich spoke about the likelihood of completing the Nord Stream 2, which runs along the bottom of the Baltic Sea from Russia to Germany. On the air of radio Sputnik, Mitrahovic commented on the call of the Prime Minister of Denmark Mette Fredriksen to start a new discussion on the implementation of this international energy project. He also spoke about the only condition due to which the construction of the gas pipeline will be fully completed.

Earlier, Danish Prime Minister Mette Fredriksen announced the need to organize new consultations on the implementation of the Nord Stream 2 project amid the situation with the "poisoning" of blogger Alexei Navalny. However, representatives of the Danish Energy Agency (DEA) noted that they are not going to revoke the permission to build a gas pipeline on the bottom of the Baltic Sea. They will only monitor compliance with safety and environmental requirements.

Stanislav Mitrakhovich said that such a position of the DEA was known for a long time, since this agency did not have any serious problems due to which it could revoke a building permit in the region. This, in turn, means that Denmark is unlikely to be able to stop the project. However, according to the economic expert, there is only one condition necessary for the completion of Nord Stream 2. We are talking about the insurance of ships that will take part in the resumption of the construction of the gas pipeline.

“It is necessary to re-equip Akademik Chersky, to make a decision on insurance, which would have been taken by Denmark. Apparently, Denmark wants some kind of insurance from a Western insurance company, and Western companies are afraid of sanctions and therefore do not provide insurance. These problems need to be resolved, ”Mitrahovic explained.

The expert also drew attention to the fact that the company, which is implementing the Nord Stream 2 project, needs to solve the problem with insurance in the near future, since later the season of autumn storms will begin in the Baltic Sea.

Earlier, economic analyst Volodymyr Soloveychik told in detail what financial problems Ukraine will face in the near future. He also explained how the implementation of the Nord Stream 2 project could affect the Ukrainian economy.