While driving, do not be distracted by anything. But this motorist from Fort Lauderdale (Florida, USA) and his passenger ignored this rule. 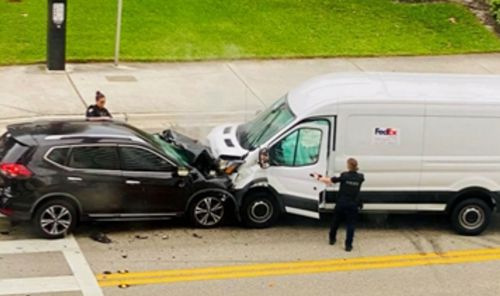 Rescuers and police who arrived at the scene of a collision between an SUV and a FedEx truck discovered an unusual scene.

The driver and passenger of the SUV were partially naked and at the time of the accident were strongly carried away by oral intimate pleasures. The pleasant services that the lady provided to the gentleman came out sideways to him – when the collision occurred, the man was injured in the most sensitive place. 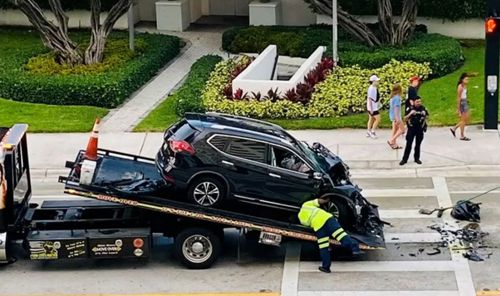 As for the two people who were in the truck, their injuries were minor. While the police do not expand on the topic of who they will charge in what happened, an investigation is underway.