A dog of the Labrador breed named Dakota likes to drop in with his owners at a coffee shop, and there is a good reason for that. 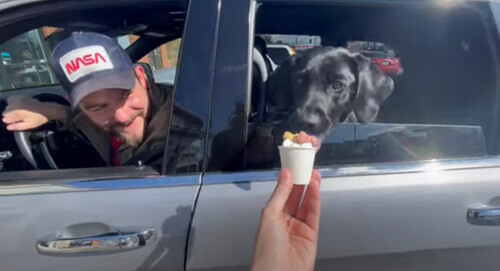 The cafe sells the so-called “dog cups” – small containers with soft ice cream, which customers often buy to please their pets. And Dakota knows that every time she goes to the coffee shop, she will definitely get her cup. 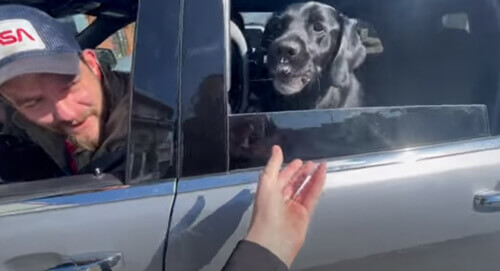 But this time the residents of Ferndale (Washington, USA) filmed a comical video. As soon as the dog was handed a treat, she greedily swallowed not only ice cream, but also the glass itself. I had to unclench the four-legged gourmet’s mouth. The owners added that such unruly behavior happens to the pet in those moments when she is worried. Apparently, the anticipation of ice cream is a reason to get excited.

New dog toy brought joy not to everyone