The dog, fleeing the weather, entered an unfamiliar house and climbed into the bed of the homeowners

The awakening of Julie Thornton Johnson and her husband turned out to be unusual, because the husband and wife, with surprise and some fear, saw a completely foreign dog in their bed. 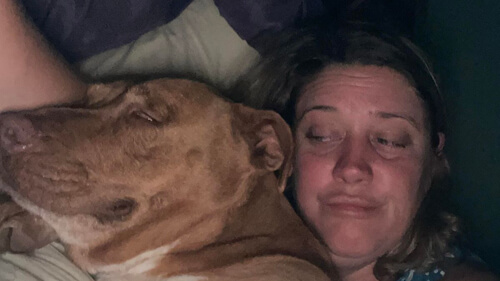 The large animal behaved friendly and tried to squeeze closer to people, so that fear was quickly replaced by laughter. Only after that, Julie and her husband were left wondering how such a curiosity could have happened. With the help of social networks, residents of Tennessee (USA) found the owners of their guest, whose name, as it turned out, was Nala. It can be assumed that Nala ran away from home at night and wandered the streets when a severe thunderstorm began. Frightened by bad weather, the animal entered the first house that came across – the owners sometimes forget to lock the front door. But Nala did not stop there and climbed into someone else’s bed. 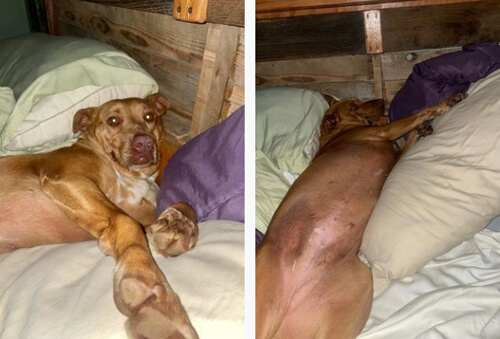 The homeowners not only chuckle at the unusual incident, but also joke that they should have fired their own three dogs as security guards. Zeppelin, Hollis and Jupiter freely let the four-legged invader into the house, and even allowed her to lie down in the master’s bed.