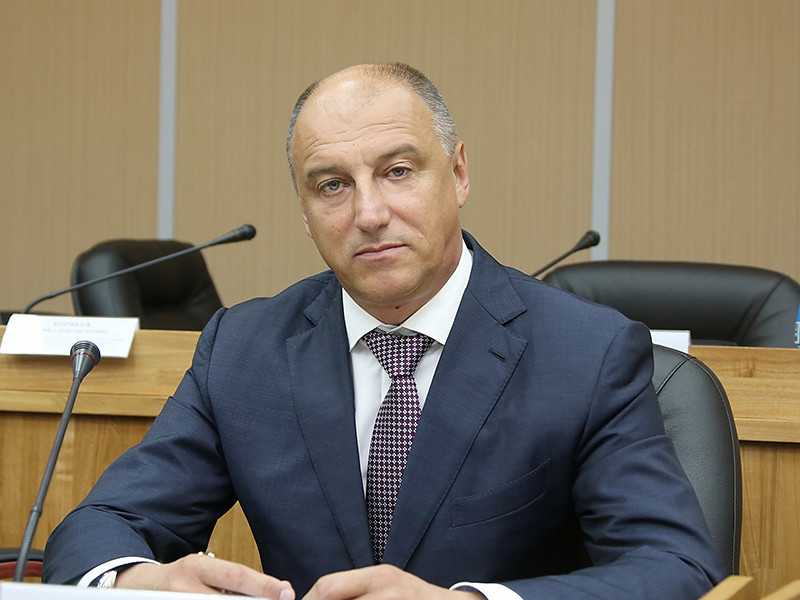 The court confiscated assets worth about 38 billion rubles from the State Duma deputy, a member of the United Russia faction, Sergei Sopchuk. According to Kommersant, Sopchuk did not declare “extraneous” income and resisted the investigation, literally taking away during a search documents confirming his involvement in illegal business activities.

Sergei Sopchuk was a deputy and then chairman of the legislative assembly and first vice-governor of the Primorsky Territory, and since 2016 – a member of the State Duma’s transport and construction committee. The Prosecutor General’s Office filed a lawsuit against him in the Zamoskvoretsky District Court of Moscow, accusing him of illegal commercial activities.

According to the investigation, from 2011 to 2020, Sopchuk invested 1 billion 4 million 710 thousand 415 rubles in Terney Zoloto LLC, which has licenses for the development of the Salyut and Primorskoe deposits. His closest partner and co-defendant in the prosecutor’s claim Vasily Usoltsev, formerly a State Duma deputy, assistant and first vice-governor of Primorye, invested 138.4 million rubles in this company.

Having become the main owner of the LLC, Sopchuk transferred the shares to his sister Lyudmila Stukova, but continued to participate in the economic and financial activities of the company, make management decisions and extract income from its activities. He carefully concealed this information: at the same time, with the funds invested by Sopchuk and Usoltsev, the LLC received gold-bearing areas in the Terneisky district of the Primorsky Territory, and also acquired special equipment and carried out geological exploration. During them, 7 tons of 828 kg of gold and 773 kg of silver with a total value of 38 billion 539 million rubles were discovered at the sites.

At the same time, Usoltsev said that he himself attracted Sopchuk to finance the LLC: they agreed to invest money until “gold mining for sale” begins. Sopchuk, according to him, not only invested money in the project through shell companies, but also appointed Igor Petin, “his man”, as the general director of the LLC, who reported to both about the activities of the enterprise. Petin himself gave the same testimony.

Sopchuk himself did not participate in the proceedings, and his lawyers argued that he could not act as a defendant in the claim, since he did not own a stake in the authorized capital of Terney Zoloto. According to them, the testimony of Usoltsev and Petin is biased and cannot be accepted as evidence, since the verdict in their case has not yet been passed.

Earlier, Usoltsev was fined 6.3 million rubles. for participation in illegal entrepreneurial activity (Art. 289 of the Criminal Code of the Russian Federation) as vice-governor of Primorye. In turn, a Moscow court found Sopchuk and Usoltsev guilty of violating anti-corruption laws and hiding income.

In September last year, a criminal case was opened against Usoltsev in connection with his participation in Terney Zoloto LLC and the receipt of income in this society. According to the protocol of the search carried out in the framework of this case at CJSC “Automobile checkpoint” Poltavka “, Sopchuk, without the permission of the investigator, went to the checkpoint and took from the cabinet folders with financial and business documents of the APP” Poltavka “, LLC” Terney Zoloto “and LLC” Complex recreation “Mayak” “.

In such circumstances, the court considered the requirements of the Prosecutor General’s Office to recover the shares of Terney Zoloto LLC from the defendants in favor of the state as lawful and justified. It is known that some of the defendants appealed against this decision, but it is not yet known whether Sergey Sopchuk is among them.