The deer had to ride on the ice to escape

The unlucky deer was very unlucky – it was trapped in the middle of a frozen reservoir and could not get to the shore on the ice. 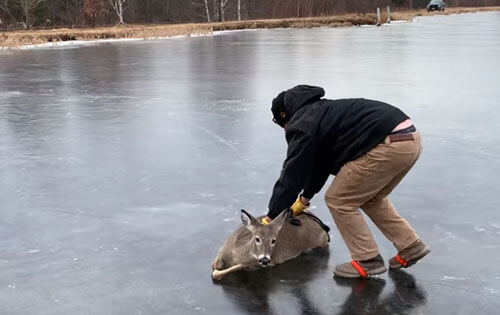 But bad luck ended when the poor fellow was noticed by Glen Lencourt from Cranmoor (Wisconsin, USA). Having changed into special non-slip shoes, grabbing a leash and calling for help from his friend John Moss, the good-natured man began a rescue operation. 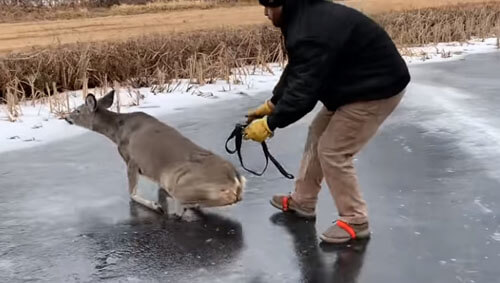 True, it quickly became clear that the leash was unlikely to help, and it would be much easier to push the lying deer on the ice. The animal behaved calmly enough, but when it saw the shore, it got worried and eventually managed to get to its feet and fled. Looking at the deer running away, without even turning to the savior, and even more so without thanking him, Glen said with a laugh: “Not at all.”

See also: The suspected “robber” was a deer that entered the house