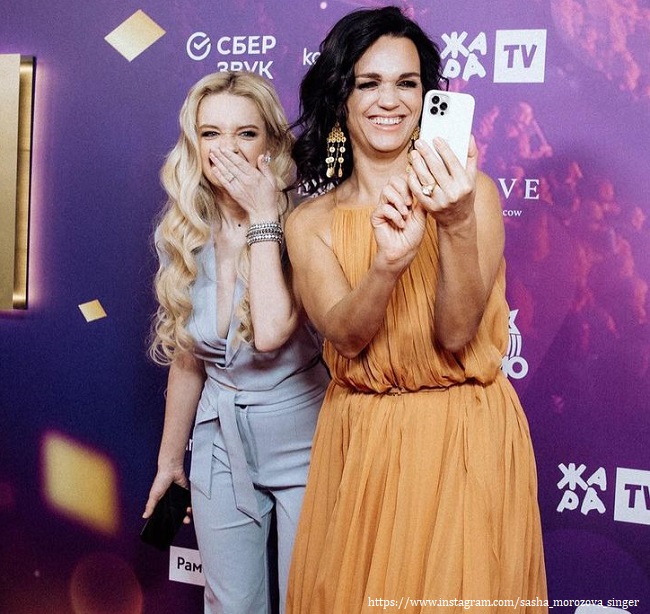 The 40-year-old singer Slava was forced to defend her Sasha.

The star attended the Heat Music Awards 2021 in the company of her daughter. She tries herself as a singer and often performs in a duet with a stellar mother.

The girl was delighted with the event. “We couldn’t miss the annual Heat Music Awards 2021. My time will come when I will stand on stage, and Philip Kirkorov himself will present the prize. In the meantime, we smile and plow“, – said Morozova. “My bunny,” my mother gently turned to her.

Slava unveiled a video of the passage in the Crocus City Hall building. After that, a stream of criticism fell on Sasha. The aspiring singer could not restrain herself and answered the haters with tears in her eyes. “Now I looked at the comments under my mother’s last video, and it hurt to tears. Why is everyone so angry. I felt very upset. I have such a structure of my face that my lips are lowered down. Why do you say that I am constantly on show-off. I am the simplest person in the world“, – said Morozova.

Slanevskaya is sincerely worried about her daughter. The star even had to remove the video so that she doesn’t get upset with the angry comments. Slava emotionally turned to Sasha’s offenders. “Bastards brought the child to tears. Get out of my insta, critics are shitty !!!! I have the kindest and nicest subscribers. And what about Sasha, she is the sweetest and kindest person in the world !!!! We will work with facial expressions, not all at once, and we have everything ahead, and no one will stop because of you fools !!! for your kind attitude and support !!!! ???????? “, – said the performer of the hit” Fellow Traveler “.

The star friend and her heiress were supported by Lolita Milyavskaya. “Girls, my good ones! Stop reacting and feeding sick people with emotions. It’s spring, and some have their own reactions to it“, – said the artist.