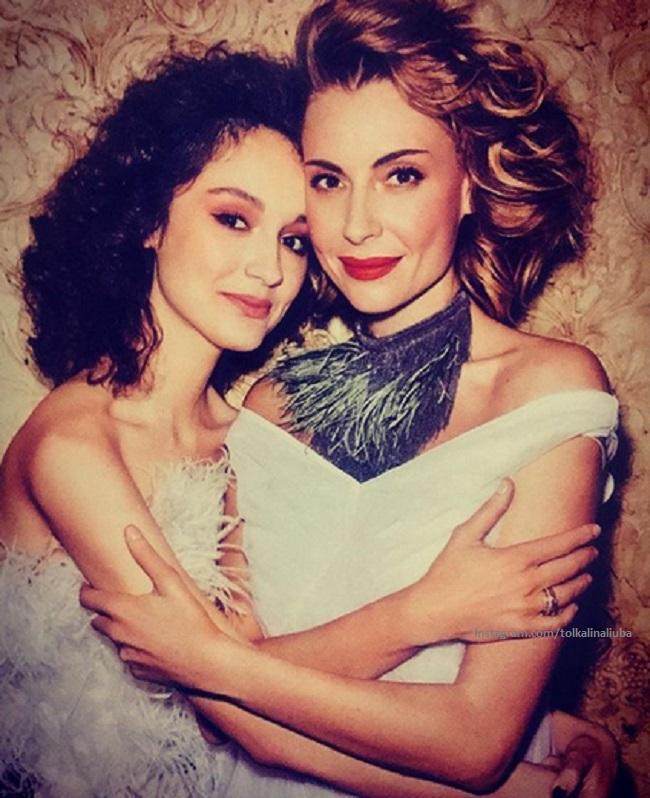 The daughter of actress Lyubov Tolkalina, Maria said that she was discriminated against because of her famous parents.

Maria Mikhalkova-Konchalovskaya admitted that she faced a prejudice against herself on the set of a new show. The daughter of Lyubov Tolkalina and Yegor Konchalovsky tried her luck at the casting of the project “You are a top model” on TNT. After the jury said a confident “no” to the girl, she analyzed her mistakes and realized: the strict mentors initially treated her badly because of her star name.

The daughter of an actress and director is in search of herself. Several years ago Maria moved to St. Petersburg to study. The girl is studying to be an artist and it seemed to her that there simply could not be a better city for inspiration. However, after living there for a year, she returned to the capital. It turned out that her characters did not coincide with the city on the Neva: she fell into apathy and lost interest in everything, including art.

Returning, Maria decided to try herself in modeling. To work in this area, she has the necessary external data. After school, the heiress of the dynasty dropped about 30 kilograms. She knows how to pose correctly in front of the camera and quickly change to the desired image. The only thing that can interfere with work on the podium is a large number of tattoos on the body. This, however, does not prevent Maria from having a contract with the agency and orders for advertising shooting.

“All the photographers with whom we carry out creative shootings say that the posing, my face are wonderful, and in general everything is just fine“, – said Maria on Instagram.

Despite this, Philip Plein, Gosha Kartsev, Anastasia Reshetova and Alexander Gudkov denied Konchalovsky’s daughter the opportunity to prove herself on the project and showed her the way out, explaining that she did not need to do the modeling business.

Maria honestly admitted that she did not prepare well for the selection and was confused when she needed to tell about herself in front of the camera. Even before filming, she got acquainted with the history of many girls who came to the show with a big background – the life drama that they overcame. For example, one of the models told the story of her victory over cancer, the other had sex reassignment surgery in the past.

Mikhalkova, due to her little experience in the modeling business, decided to say that she was completely new to this business and this only strengthened the negative attitude of the judges. The model, on the other hand, was sure that the audience would be interested in watching her transformation during the season.

Most of all, Maria did not like that the jury paid too much attention to her loud surname.

“There were comments that I was being arrogant, but that was not the case. I am very offended that you say so. In fact, the interview lasted 10 minutes and I was just smashed. Gosha said that his father was a worker and he, they say, “is fine“.

I didn’t understand at all why we were talking about my family. I had to give my last name, since I had to introduce myself according to the scheme: “What’s your name? How old are you? Which city are you from?” In fact, after what happened there, I sobbed for two days“, – confessed Maria.

Despite all this, she is determined to try her hand at the selection next year. She gained invaluable experience that will help her present herself in a different way.

By the way, the model said that her parents did not support her decision to go to the casting on the TV show. Maria said that her mother and father are “skeptical” about her decision to succeed in the modeling business. Parents see in her a great potential of the artist and are not sure that the modeling business is for her. However, they could not forbid her to try herself in this profession.