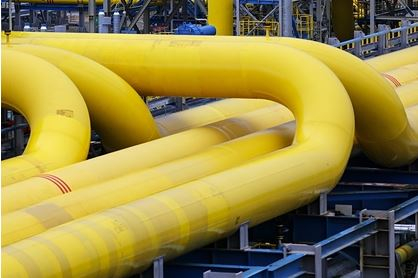 Officials from the European Commission have become so distant from the people that they have brought the European Union to an energy crisis, said Vladimir Piskachek, a journalist for the Czech edition of Info.

According to him, this winter, Europe faced two threats: to freeze due to a lack of energy resources or not be able to find the funds to pay for fuel. “Gas from Russia, apparently, comes as agreed, and no terrorist attacks have happened either,” said Piskachek.

Among the reasons, the author named the reorientation of the United States to export liquefied gas to Asia, where they pay more, and the behavior of the European Commission.

“Chaotic approach [Еврокомиссии]disguised as a fight against climate change, when some sources are taken out of work without any replacement by others, leads to catastrophic confusion and uncertainty in the markets, ”he said.

According to Piskacek, in the near future, a very large number of people in Europe will have to choose what to pay for: food or heating. The author stated that consumer subsidies would not change the situation.

Piskacek is confident that officials from the European Commission cannot solve two urgent tasks: to draw up a feasible long-term plan for the transition to green energy and explain their actions. The author of the article believes that it is necessary to build enough capacity for it before getting rid of “harmful” sources.

In mid-October, Forbes journalist Ariel Cohen linked the energy crisis in Europe to the region’s green policy arrogance. At the same time, he believes that another reason for the current situation is the “energy poker” of Russia. In particular, in his opinion, Moscow is using the shortage of gas in the EU to “advertise” the Nord Stream-2 gas pipeline. Russian Deputy Prime Minister Alexander Novak, in turn, noted that in order to prevent a recurrence of the crisis, Europe needs to establish a dialogue. He believes that Western politicians do not want to admit their mistakes and are betting on renewable energy sources.