The criminal mowed the lawn, and then stole the lawn mower

A homeowner from Port Arthur (Texas, USA), who almost lost his lawn mower, was surprised to realize that some criminals can also be housekeepers. 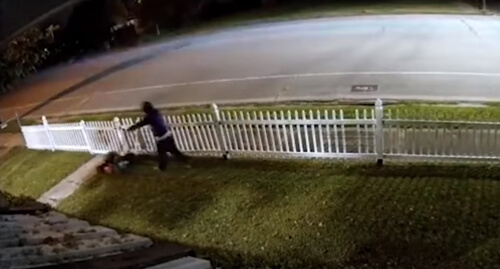 A certain man not only coveted someone else’s lawn mower, but also used it for its intended purpose, starting to tidy up the lawn of his victim. A stranger cutting the grass attracted the attention of neighbors who called the police. But the strange lawn mower was not eager to communicate with the authorities, and therefore he took to his heels, dragging the mower behind him. Realizing quickly that it was uncomfortable to run with such a tugboat, the villain left the prey and disappeared.

The perpetrator was identified – this is Marcus Renard Hubbard. True, the police have not yet caught the man, but they really want to do this not only for the sake of the triumph of the law, but also in order to ask why Marcus needed to mow the lawn.

To prevent the theft of glasses, bar staff force customers to take off their shoes