Farmers from Hillsboro, Oregon, USA, have seen that cows can show miracles of courage – especially when it comes to protecting offspring. 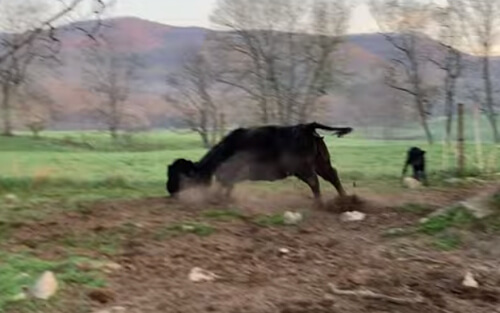 For example, the four-legged mother, who became the main character of this video, was not afraid of a bear and drove the beast out of the field, which could well be a danger to a small calf. 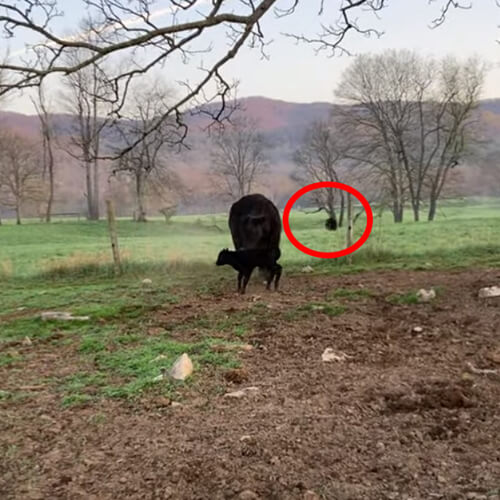 The authors of the frames added that something was not included in the video. When they arrived at the pasture, the unfortunate bear was sitting in a tree. There is no doubt that a brave cow drove him there, so the appearance of people became a kind of salvation for the bear.