The court upheld the verdict of Navalny, accused of defamation of the veteran 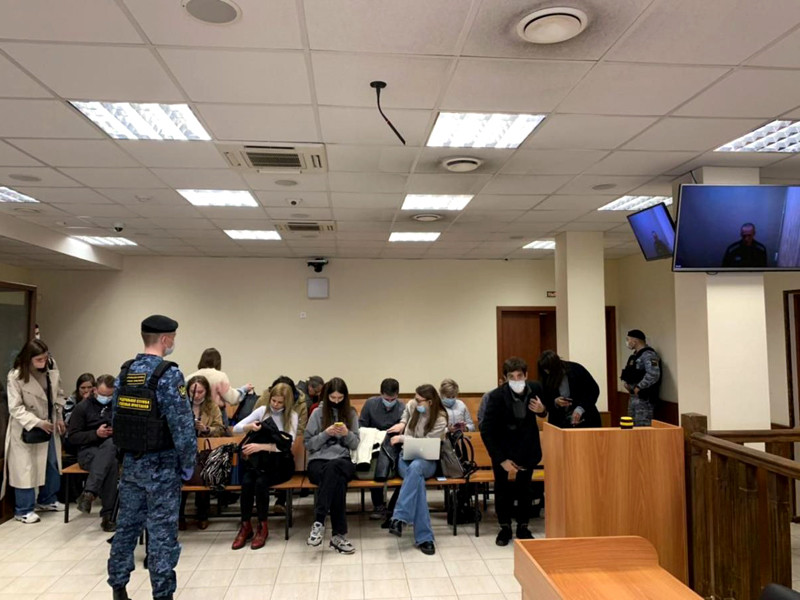 The Babushkinsky District Court upheld the verdict of the politician Alexei Navalny in the case of libel against the veteran Ignat Artemenko. This was reported by the correspondent of “MBH Media”.

At the end of February, the magistrate’s court found Navalny guilty of libel against the veteran and fined him 850,000 rubles. Navalny’s defense appealed the decision. This appeal was considered in the Babushkinsky court, where, among other things, the wife of the oppositionist, Yulia Navalnaya, arrived. Navalny himself took part in the meeting via video link from IK-3 in Vladimir.

The defense asked to carry out a handwriting examination of the case, as well as to cancel the sentence and declare the politician innocent. The prosecution asked to leave the sentence unchanged.

“This whole thing is a forgery. Up to the forging of signatures. And you, Your Honor, you know everything perfectly well. This is, apparently, the standard of Russian justice, when both testimony and signatures are forged. I don’t know where you got Judge Akimova from. that on the street someone was standing at the market with a sign “who wants to earn extra money,” the aunt turned, and she was told to judge Navalny! “Navalny said.

As a result, the court left the verdict unchanged, and also decided to send to the Investigative Committee for a pre-investigation check the materials about the new insult by Navalny of the veteran Ignat Artemenko, as well as the judge and prosecutor in the libel case. Lawyer Vadim Kobzev said that the decision of the Babushkinsky court is planned to be appealed in the cassation instance.

The new verdict did not affect the term of Navalny’s imprisonment, taking into account the court’s decision on Yves Rocher, since the libel article in the wording, which was relevant at the time of the crime, did not imply imprisonment. Thus, the blogger will have to serve in prison for about two and a half years – he has already served a year out of three and a half appointed.

In addition, Navalny asked the Moscow City Court to involve him in the consideration of the prosecutor’s claim on recognizing the Anti-Corruption Fund * as an extremist organization. “Novosti” lawyer Ivan Pavlov. According to him, the court will make a decision on this issue later.

On February 20, the Babushkinsky District Court of Moscow found Alexei Navalny guilty in the case of libel against the veteran of the Great Patriotic War Ignat Artemenko and sentenced him to a fine of 850 thousand rubles as state revenue.

The case against Navalny was initiated after the oppositionist called in June 2020 a “shame of the country”, “corrupt lackeys” and traitors to the participants in the RT campaign video in support of the amendments to the Constitution. Designer Artemy Lebedev, actors Ivan Okhlobystin, Vasily Lanovoy, Irina Kupchenko, cardiologist Leo Bokeria, and WWII veteran Ignat Artemenko took part in the shooting.

After that, the Russian Union of Veterans complained about Navalny in the UK. Artemenko’s relatives said that the veteran felt bad because of the oppositionist’s comment, while the man himself did not see Navalny’s posts, they were told to him. The court considered that Navalny knew for certain that the information he was spreading was slander, “defame honor and dignity, and undermine his reputation.”

At the same time, the court considered as libel both the accusation of “corruption” of Artemenko and the words of Navalny about betrayal of the veteran. The judge stated that there is no evidence of the veteran’s betrayal, since he was not tried for treason or espionage. Thus, according to the logic of the court, Navalny slandered the heroes of the video, calling them traitors. It is interesting that the IC expert Albina Glotova said in court that the words of Navalny “shame of the country” and “corrupt lackeys” addressed to the heroes of the video about the amendments are value judgments, not slander. However, the court ignored this expert assessment.