The court reduced the term of imprisonment of Navalny in the case "Yves Rocher" for 1.5 months 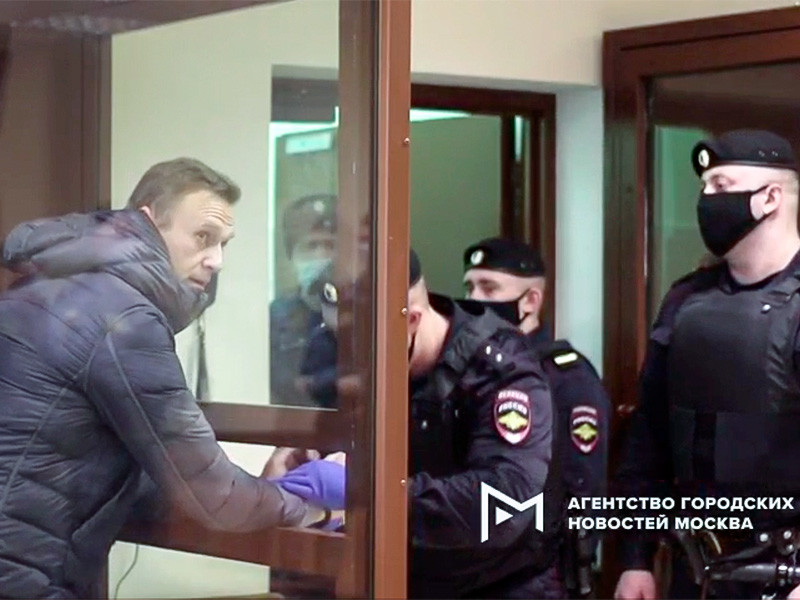 The Moscow City Court considered the appeal against the decision of a colleague from the Simonovsky District Court, who replaced the politician Alexei Navalny with a suspended sentence in the Yves Rocher case for real imprisonment. The field session was held at the Babushkinsky District Court of Moscow.

The judge read out the decision: to change the decision of Simonovsky, set off the period from December 30, 2014 to February 18, 2015. The rest of the decision of the lower instance remains unchanged, Mediazona reported.

“A month and a half thrown off, it’s okay already!” Alexei Navalny laughed.

Before sentencing, Alexei Navalny said in his last word that the entire trial was a kind of signal “sent to me by the authorities and the owner of the wonderful palace, Vladimir Putin.” “He’s like a juggler or a magician says: look, we can twirl this judicial system on any part of the body, just like that. But it seems to me that such is their bravado – I do not see it alone, but ordinary people who look at it, and it makes a hard impression on them. Everyone thinks, if I come across the judicial system, what are the chances for me to achieve? ” – explained the oppositionist.

He emphasized that he did not regret his return to Russia, where a prison awaited him. “I do not really enjoy the place where I am, and nevertheless I do not feel any regrets from the fact that I returned, because I did everything right, I feel satisfaction – at a difficult moment I did as it should be according to the instructions, and the commandment was not betrayed “, – said Alexei Navalny.

According to him, the entire power of the state suppression machine is aimed at “first intimidating, and then proving that you are alone.” Navalny also compared Russian President Vladimir Putin to the character from Harry Potter Voldemort. “Voldemort in our palace also wants to feel lonely. The guards in my prison are good people, but they don’t talk to me – they were forbidden to make me feel lonely,” the oppositionist explained. “But I don’t feel at all lonely. <...> The whole country repeats that the power is in the truth, for whom the truth is, he will win. And despite the fact that our country is now built on injustice – we are constantly faced with injustice, the worst kind is armed injustice – but at the same time millions of people want to achieve the truth, and sooner or later they will achieve it, get enough, “added Alexei Navalny.

He said that he wished Russia not only freedom, but also prosperity and happiness. “I want Russia to be rich, so that national wealth is distributed more equitably, everyone gets a share of the oil and gas pie,” Navalny said.

Opposition politician Alexei Navalny arrived in Russia from Germany on January 17 after being treated at the Charite clinic for poisoning with chemical weapons from the Novichok family. The oppositionist believes that FSB officers, acting on the orders of Russian President Vladimir Putin, were involved in his poisoning. The Russian authorities refused to open a criminal case and did not acknowledge the poisoning.

Alexei Navalny was detained immediately after returning to the Russian Federation, at the Sheremetyevo airport. Already on February 2, a court in Moscow decided to replace Navalny’s suspended sentence in the Yves Rocher case, which the ECHR previously called politically motivated, with a real one. The politician was sentenced to two years and eight months in prison. The court considered the demands of the Federal Penitentiary Service, which argued that the oppositionist systematically violated the conditions of serving the sentence, as legitimate, since during the period of treatment in Germany he was not reported to the criminal executive inspectorate. In total, the FSIN counted more than 50 violations at Navalny.

On February 5, the consideration of a libel case against the veteran began, which was initiated against Navalny due to his posts on Twitter and Telegram. In them, the politician criticized people who starred in the RT video in support of changing the Constitution. Navalny called the agitators for the amendments “darlings”, “corrupt lackeys”, “traitors” and “people without conscience.” In addition to Artemy Lebedev, Ivan Okhlobystin and other celebrities, 94-year-old veteran Ignat Artemenko also participated in the filming of this video.

In late January and early February, actions in support of Alexei Navalny were held throughout Russia. The authorities responded with large-scale repression, including searches, mass administrative arrests and criminal cases. In total, more than 11 thousand people were detained in connection with actions in support of Navalny.

On Wednesday, February 17, the European Court of Human Rights (ECHR) ruled that the Russian authorities should immediately release opposition leader Alexei Navalny in accordance with rule 39 of the court’s rules – on the application of interim measures. The head of the Ministry of Justice, Konstantin Chuychenko, called the ECHR’s demand unreasonable, unlawful, and deliberately unrealizable.