The country with the fastest growth in house prices named 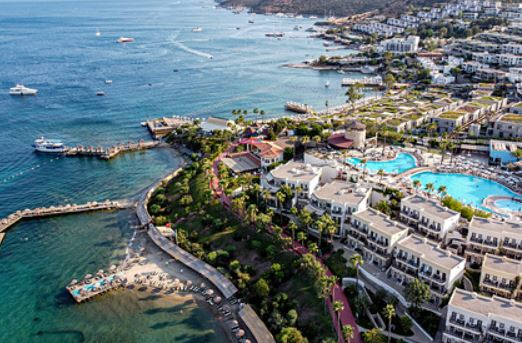 According to the results of the second quarter of 2021, Turkey became the world leader in the growth of housing prices, Russia took the tenth place in the rating, according to the analytical materials of the consulting company Knight Frank, available to Lenta.ru.

As analysts found out, in Turkey, prices for residential real estate for the year increased by the maximum – by 29 percent. The second place in the list of countries with the fastest growth in house prices was taken by New Zealand – where square meters rose by 26 percent. The third place was shared by the USA and Slovakia (plus 19 percent). Over the year, Russia has moved from 14th to tenth place in the rating with price dynamics at the level of 14 percent.

“A significant increase in housing prices was recorded in most cities of Russia, and it is primarily associated with the introduction of measures of state support,” – explained the experts. They called these measures – subsidized mortgages, the Family Mortgage program, and the issuance of maternity capital for the first child from 2020. “All this spurred the demand for residential real estate, which in turn, as expected, led to an increase in prices, first on the primary market, and then on the secondary one,” said Knight Frank.

On average, in the 55 countries surveyed, house prices increased by 9 percent (up 7 percent in the previous quarter). Only two countries recorded a decline in property values ​​- in India (minus 0.5 percent on an annualized basis) and Spain (minus 0.9 percent).

Earlier in September, analysts said it was “buyer’s time” on the Russian housing market. According to their observations, in most regions, including the capital markets, which have overheated as much as possible over the past year and a half, there is a reduction in the rate of growth in housing prices.