The cost of tickets for Morgenstern’s wedding has been announced 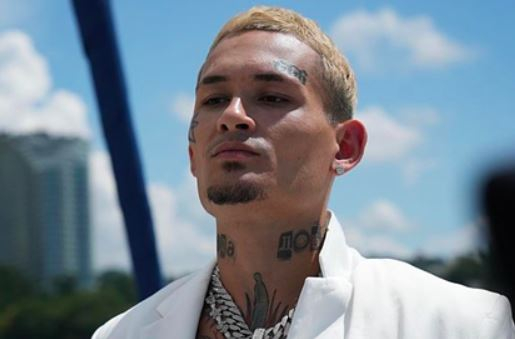 Tickets for the wedding of the Russian rapper Morgenstern were sold for 50 thousand rubles. Such a cost in an interview with NEWS.ru was named by the blogger and friend of the artist’s brother Ilya Sagliani.

“Tickets were sold at 50 thousand rubles apiece, I personally saw ads on Telegram channels,” the blogger said. At the same time, he doubted that Morgenstern himself was involved in ticket sales, since such an amount “for a person with his income is a penny.” Sagliani suggested that one of the organizers of the celebration “decided to make his own small business.” He also noted that the rapper “invited the whole secular party to his wedding,” and at the event no one would have begun to figure out which of the guests is really a friend of the newlyweds, and who just bought a ticket for the holiday.

In addition, Sagliani admitted that Morgenstern could have arranged a stuffing about the sale of tickets for his own wedding himself: “The curious will come running to the embankment, and at the last moment they will send an SMS to the guests that the wedding is being moved to another place.” He explained that the rapper is “a professor of hype, he thinks over every step and conducts a PR strategy very competently.”

Morgenstern’s wedding with his beloved Dilara Zinatullina, who proposed to him in the synagogue three months ago, took place on Tuesday, August 31st.

Before that, journalists revealed the details of the celebration. Eyewitnesses filmed the motor ship “Rio-1” on the Taras Shevchenko embankment, which the organizers are preparing for the future celebration. The footage shows that there is a banner on board with an angel and the abbreviation “AD”, which stands for the initials of the couple, as well as several decorations: two sculptures with foam sticking out of the seam and 26 double beds.