British snack brand McVitie’s has teamed up with culinary expert Frances Quinn to surprise the public with a giant Jaffa Cake. 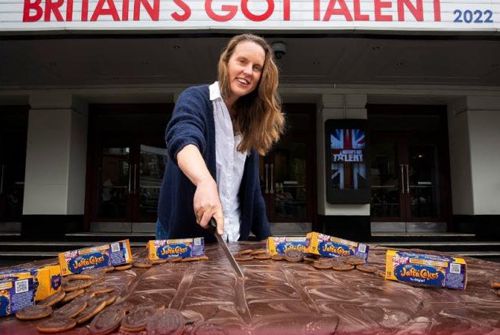 In 2017, Frances set a world record when she created a sponge cake measuring 1.22 meters in diameter. 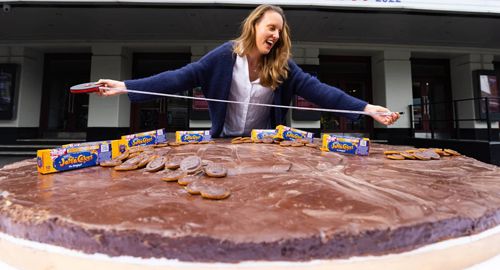 But this time, as part of the celebration of the anniversary of the television show “Britain’s Got Talent”, the woman made an even more impressive delicacy, the diameter of which was 1.75 meters, and the weight exceeded 80 kilograms. This is the equivalent of 6557 classic Jaffa Cakes. 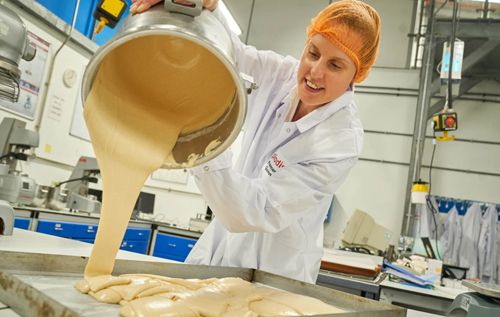 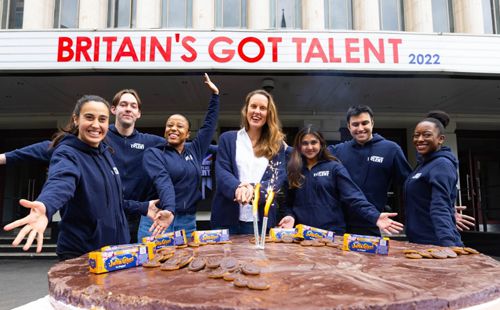 The appetizer, which was created for a long 11 hours, was distributed free of charge according to the rules – they treated the film crew and guests of the TV show with pieces of biscuit.

Chef reveals the secret of how to eat pizza