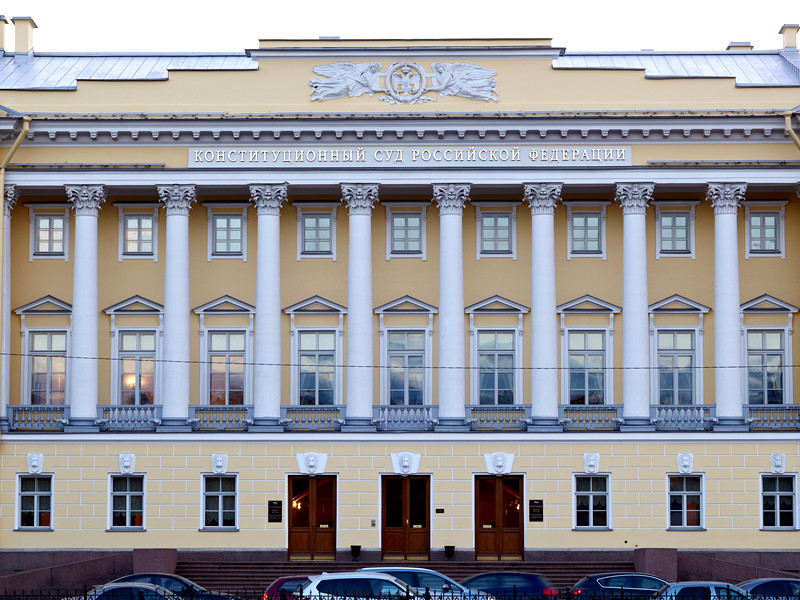 The Constitutional Court (CC) of the Russian Federation overturned a complete ban on the seizure of the only housing of Russians for debts. This follows from the court’s decision, which was adopted on April 27 on the complaint of a resident of Kaluga Ivan Revkov, the press service of the Constitutional Court reports.

The applicant contested the provisions of paragraph 2 of part 1 of Article 446 of the Civil Procedure Code (CPC) of the Russian Federation and paragraph 3 of Article 21325 of the Federal Law “On Insolvency (Bankruptcy)”.

In 1999, Ivan Revkov lent money to an acquaintance who did not return the debt. He applied to the court for recovery, but the enforcement proceedings did not produce any result. Over the years of waiting, the amount of debt was indexed and increased to 4 million rubles. The debtor, meanwhile, acquired an apartment with an area of ​​more than 110 square meters and declared herself bankrupt. Revkov insisted on the sale of this property, purchased after the initiation of enforcement proceedings.

The legislature should still determine the exemptions, but until these decisions are taken, the refusal to apply enforcement immunity is possible subject to a number of conditions. In particular, the debtor cannot be left without a dwelling, and the area is not less than that provided for social rent, or evicted to another settlement, if he himself does not agree to this.

In making such decisions, the courts have the right to take into account the time when the debt was awarded, the initiation of enforcement proceedings, as well as the notification of the debtor about these events. And, on the other hand, the time, conditions and amounts of transactions and other transactions of the debtor, including proven abuses in the acquisition of housing, when, in the event of an unfulfilled court decision, the debtor transfers his property under the protection of enforcement immunity in order to hide it there from debt collection, matters.

“In this understanding, the contested norms in their interconnection correspond to the Constitution of the Russian Federation. The case of Ivan Revkov is subject to revision,” the court added.

In 2012, the Constitutional Court of the Russian Federation identifiedthat the prohibition to collect the only housing of the debtor and his family (with the exception of mortgage apartments) violates the interests of creditors. Then the court upheld the ban, but asked lawmakers to adjust the norm for houses and apartments, the size of which is much higher than the average, and the cost is sufficient to cover the debt.

As a result, the Ministry of Justice prepared bill, according to which the bailiffs will be able to sell debtors’ apartments at auction subject to two conditions. Firstly, the area of ​​the apartment must exceed two times the norm of 18 sq. meters per resident – the debtor himself and his family members. Secondly, the debt should be commensurate with the cost of the apartment: the amount of liabilities should exceed 5% of the cost of housing, and more than half of the cost of the apartment should go to pay off the debts.

The Ministry of Justice emphasized that the collection can be levied on housing, in size and cost “clearly exceeding” the needs of the debtor and his family. At the same time, the debtor will not remain on the street, the authorities promised: if the bailiffs foreclose on his apartment, he will be paid money to buy new housing.

In 2015, President Vladimir Putin, commenting on the situation with foreign exchange mortgage holders, urged not to allow “wild cases” evictions from the only home.