The chef has prepared a record-breaking vegetarian “Scotch egg”

Clarence Court, based in Wiltshire, England, is a premium supplier of eggs ranging from chicken to emu. 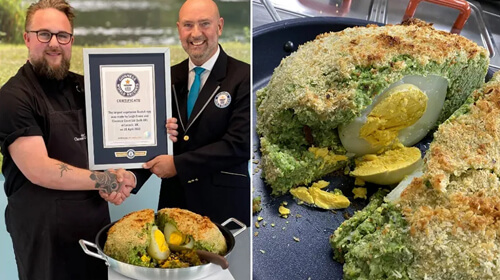 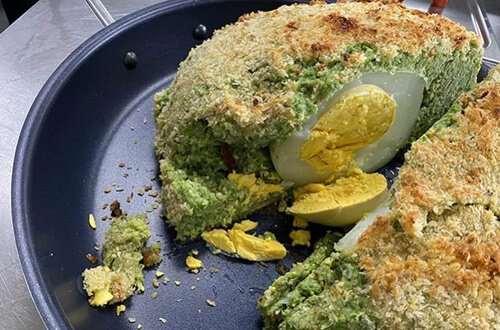 Many restaurants rely on Clarence Court products when they want to serve the popular British snack known as the Scotch Egg. Traditionally, it is a hard-boiled egg wrapped in minced sausage, then rolled in breadcrumbs and either fried or baked. 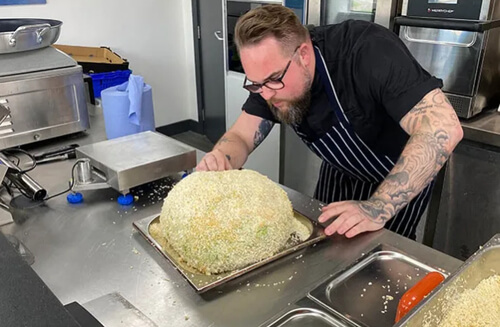 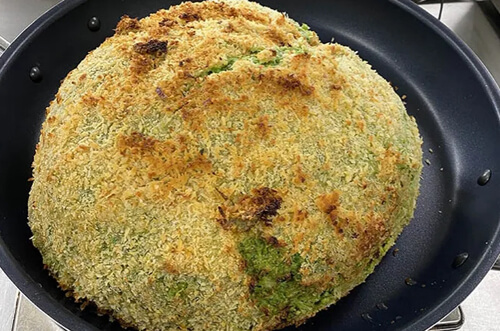 But as more and more people choose a vegetarian diet these days, it was decided to make a “Scottish egg” without meat. And not ordinary, but record-breaking. To do this, Clarence Court enlisted the help of Chef Lee Evans. 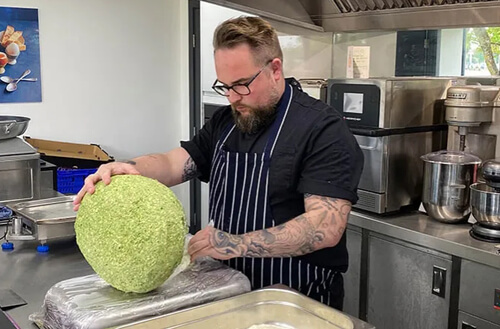 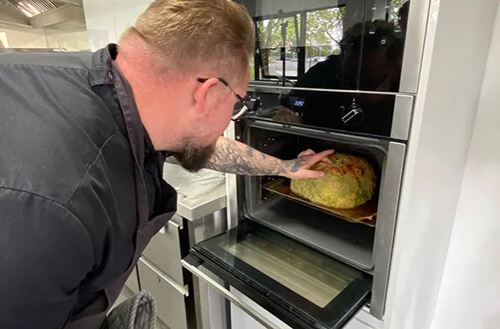 The chef had to work hard. Lee used an ostrich egg weighing 1.7 kilograms. A pasta was then made with peas, cheddar cheese, sage, onions, and various seasonings. Having wrapped a boiled egg in pasta, the chef wrapped the resulting ball with cling film and sent it to the freezer for half an hour so that the appetizer would not fall apart. Then it remained to smear the “Scotch egg” with raw eggs and roll in semolina and breadcrumbs. And after that, Lee baked the dish for 26 minutes and, as a result, proudly presented the finished treat. 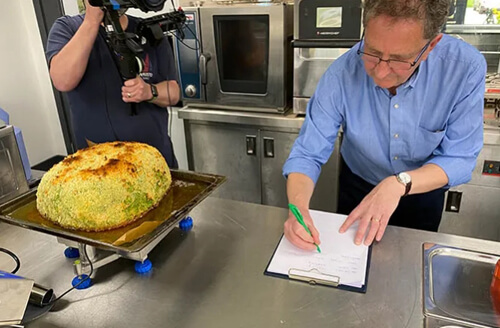 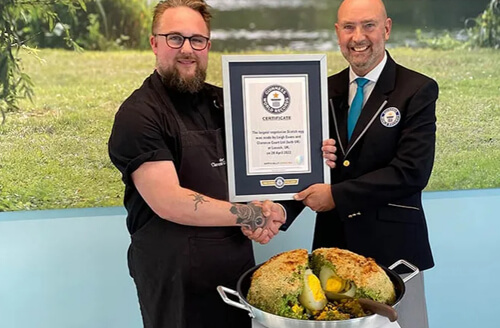 Representatives of the Guinness Book of Records first cut the appetizer to make sure that the thickness of the vegetarian shell does not exceed the diameter of the egg – this was a prerequisite for the record. After that, the “Scotch egg” was weighed – it weighed 8.341 kilograms, so that the world record was held. And since any record-breaking meal should be given away for free, the appetizer was served to Clarence Court staff.

A cook accidentally baked an indecent cake for her son