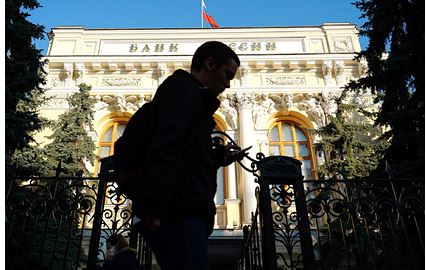 The Central Bank of Russia expects inflation to reach 7.4-7.9 percent by the end of 2021. This was reported on the regulator’s website after the next meeting of the Central Bank.

As noted by the Central Bank, prices are growing much faster than the July forecast, according to which the indicator was supposed to reach the level of 5.7-6.2 percent. By October 18, inflation accelerated to 7.8 percent. The Central Bank associates such a high indicator with the growth in prices for vegetables in August, but notes that other products, the cost of which is not considered volatile, have also risen in price. According to the regulator, the increase in prices on world markets forces enterprises to include the increased costs in the cost of products for end consumers.

The central bank predicted further deviation of inflation from the regulator’s goals, as risks persist from supply chain disruptions, labor shortages, and the impact of the pandemic on the labor market. To contain the rise in prices, the Central Bank tightened its monetary policy – the interest rate was raised to 7.5 percent. A decrease in inflation to target indicators (4-4.5 percent) is expected in 2022.

In September, the head of the Central Bank Elvira Nabiullina said that the tighter monetary policy of the regulator would affect the containment of price increases. She expressed the opinion that seven percent is the peak and the ceiling for a possible rise in inflation.

The Ministry of Economic Development has already worsened its inflation forecasts. According to his expectations, the rate of price growth by the end of 2021 will be 5.8 percent.