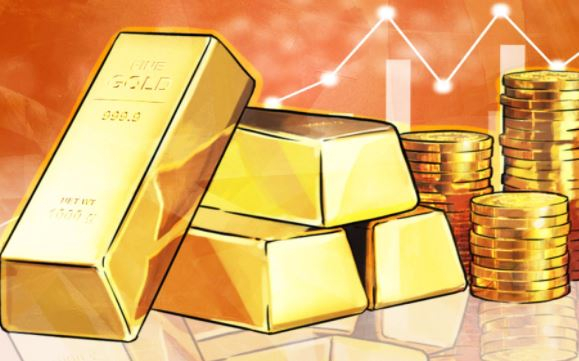 The Central Bank of the Russian Federation announced that there were no plans to purchase the yellow precious metal in favor of reserves.

At the moment, the resumption of the relevant operations is not being considered, said the first deputy chairman of the Central Bank of the Russian Federation Ksenia Yudaeva during the international banking forum “Treasury”.

“This is the decision that we do not disclose in advance. I must say that we are not considering this now, ”the deputy chairman of TASS is quoted as saying.

She added that if the Bank of Russia decision changes, the market will be informed. Now, according to Yudaeva, the regulator sees no such need.

The Central Bank previously assessed the growth prospects of the domestic economy. The Central Bank Department has presented a forecast for inflation reduction by the end of this year.

Valery Yemelyanov, an analyst at Freedom Finance, explained to the Russians that it is most profitable to buy gold in the form of shares of exchange-traded funds – this way you can save on commissions. For conservative investors, physical gold is suitable, and coins are preferable to bullion, he was quoted by Federal Press.